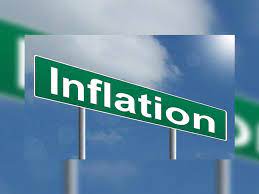 It is routine to write the highest/lowest such and such indicator of such and such year. No surprise and I will start by explaining the inflation rates announced on January 3 with a few boring figures.

None of us are innocent (some of us, in fact)

The rise of inflation to these levels can be attributed not only to the implemented economic program but also to some others who play a vital role in this surge.

For instance, the private sector employers. While the inflation did not show a downward trend and fluctuated around 8% a few years ago, did you hear any complaints from private sector representatives? When “inflation needs to decline” is said during the discussions in the economy channels, did not we hear “but what about growth?”

The rigidity fallacy in inflation

That is what inflation is. There will be no opponent even for the inflation levels considered high on a world scale. Inflation was treated as insignificant as in the 2007-2016 period when the average inflation moved in a narrow range around 8%.

Yet, the main reasons behind the factors that create the 8% inflation, which is thought to be solid, can become stronger over time: the result is hankering for 8% inflation. This country has been through this over and over again. For some time, Turkey suffered from inflation oscillating around 35%, and then we witnessed it jump to 70 percent in a few months. A typical example is the 1982-1988 period.

For most of this period, annual inflation was around 35%. The annual inflation, which had been 36% in October, jumped to 76% after six months, when making a price raise in the public goods and products was ceased in the first eleven months of the year due to the December 1987 elections, and a 22% increase was made in December. Then, until the 2000s, inflation did not fall below 60, let alone 30% or 40%, except for a few months.

There are many other negative aspects of high inflation—no need to go into details. Let me briefly remind you how it can cause problems in the exchange-protected deposits.

The new deposit system loses charm if the high inflation that has occurred creates an expectation that inflation will not decrease, or even that it will increase in the future, and if it is thought that the exchange rate increase will be below inflation for one reason or another. Because in the new deposit system, the return is equal to whichever is higher: deposit interest rate or exchange rate increase. In this case, the savings owner’s income falls below the inflation rate.

The second reason is, of course, the price hikes at the end of December. The significant rises in natural gas, electricity, and petroleum products will increase inflation. For example, transportation prices will rise and be reflected in the transported goods. Those who use those goods as inputs will mirror the price increases on the goods they produce. However, these adjustments do not happen immediately as of January 1.

Pls. find the rest of the article here.