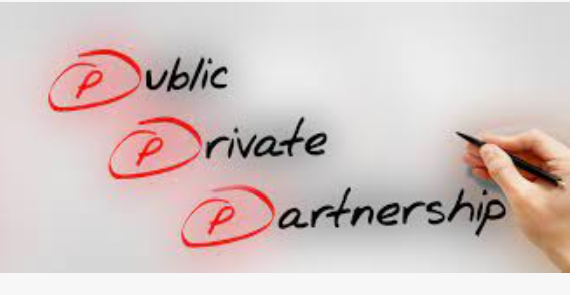 Within the framework of the public-private partnership (PPP) model, income guarantees, which impose a significant burden on the public budget, come to the fore frequently. It can be expected that discussions on this issue will intensify as we move toward the election.

PPP is a widely used system in the world. The World Bank’s definition is as follows: “A long-term contract between a private party and a government entity, for providing a public asset or service, in which the private party bears significant risk and management responsibility and remuneration is linked to performance” (World Bank, page 14).

For those who want to learn more about the subject in detail, I recommend the December 2021 TEPAV report written by Çoşkun Cangöz, Uğur Emek, and Nurhan Uygunranoğlu Karaca (You can reach from here).

Why is this highly technical issue so hot?

The answer is clear, although it is not the same in every project, there are such guarantees that come to the fore that one cannot help but get nettled. For example, guarantees are given as if 1.000 passengers would come to a place where 100 passengers arrive. A much more detailed analysis of this subject can be found in the column of Uğur Emek, one of the authors of the above-mentioned report.

If a healthy economy program is to be designed and implemented after the 2023 election, the income guarantees given to these projects should be reconsidered. The legal part of the matter is essential; nonetheless, I have nothing to say in this regard. If the burden on the budget from these guarantees can be alleviated in a way that does not cause legal problems, it is possible to create additional room for maneuvering in fiscal policy.

Having fiscal room is vital to combat poverty brought on by high inflation.

Existing projects can be reviewed

First of all, it should be noted that the PPP system is beneficial to the economy if used properly. After all, the state does not have the means to reach everywhere; The PPP system has the potential to remedy this constraint.

The keyword here, of course, is “healthy use”. It is clear from the above discussion that income guarantees are essential for the PPP model because it deeply affects the feasibility of the project.

Well, is it possible to reconsider the income guarantees of the projects implemented within the framework of the PPP model in the upcoming period? Technically, the answer is “of course”. So what kind of framework can be thought of?

There are several criteria to evaluate any investment from a company’s perspective.

One of the most significant ones is the “internal rate of return”.

The internal rate of return is a rate that equates to the present value of net cash inflows and outflows. For the entrepreneur, it refers to the expected rate of return to be obtained from the project.

In the report that I mentioned at the beginning of the article, it is stated that in the projects developed in Turkey within the framework of the PPP model these calculations are made by the entrepreneur. Besides, for the project to be financed, these reports must be given to the financiers.

From this perspective, it can be assessed whether any of the existing public-private partnership projects operate with an “excessive” rate of return.

The critical variables are:

In how many years was the investment completed and what was the cost for each year?

What is the schedule of interest and principal payments of the financing used for the project?

What are the default values ​​for the annual service/product demand during the operational period? In other words, how many vehicles were guaranteed to pass, or how many passengers were calculated to arrive at the airport, etc.?

What is accepted as the development in prices, for unit sales of the product or service?

How are the operating costs assumed to evolve?

Are there any significant errors in these assumptions other than the acceptable margin of error? If yes, what kind of internal rate of return is obtained when these are corrected?

If the recalculated rate of return is reasonable, then it is possible to sit at the bargaining table.

Of course, other evaluation methods can also be used. The critical thing is that it is possible to re-evaluate the projects and consequently the income guarantees. For some projects this may not be effortless, however, it should be clear that it is a doable job.