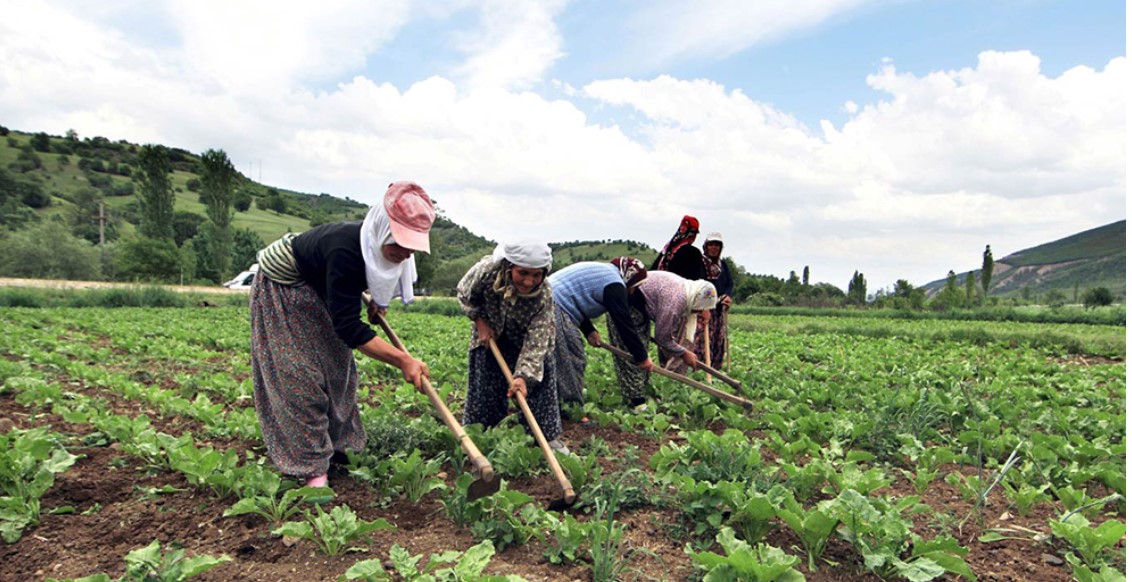 Polatli has been one of Turkey’s main onion-producing and exporting regions for years. But it might fail to live up to its potential this year. Murat Bircan, a local farmer, said his production cost had soared by more than 300%, reaching 2.5 Turkish liras per kilogram of onion, up from 0.6 liras last year. “I’ve reduced fertilizers by a fourth compared to last year. I used to plow the land twice; now I do it once. Naturally, all this will affect the produce,” Bircan told Al-Monitor.

Such grievances are rife among farmers across Turkey, whose currency has fallen dramatically since 2018, amplifying the cost of imports and fueling inflation. The government’s controversial economic policies are primarily blamed for the slump of the lira, which lost more than 40% of its value against the dollar in 2021 alone. The commodity shocks of the COVID-19 pandemic and now Russia’s invasion of Ukraine have only aggravated the woes of the Turkish economy, which relies heavily on imports, especially in terms of energy. Turkey’s annual consumer inflation hit a two-decade high of 61.1% in March, with food inflation topping 70%. The price of diesel — a crucial material used by farmers — rose by 32% in March alone. Annual producer inflation, meanwhile, hit nearly 115%.

The rising costs come atop long-running structural problems in the country’s agricultural sector, including a growing reliance on imported materials to make fodder and fertilizers and a flawed chain from the farm gate to the consumer, in which middlemen make exorbitant profits.

Fertilizer prices rose 233% to 344% over a year in March, and fodder prices were up 130%, Semsi Bayraktar, the head of Turkey’s Agricultural Chambers Union, said in a statement on April 1. The price of diesel increased 249% in the same period, and the price of electricity used for irrigation rose 103%, he said.

“The world is on the verge of a big food crisis. Countries that are not self-sufficient cannot weather that crisis,” Bayraktar warned, calling on the government for urgent measures to support farmers. The authorities should also rein in “arbitrary price hikes” by retailers, he said, noting that the difference between farm-gate and retail prices reached more than 300% in some basic products such as lemon, lettuce and parsley and more than 200% in cucumbers, lentils and haricot beans in March.

Some farmers, meanwhile, suffer further as they fail to sell their products, mainly because of rock-bottom prices offered by middlemen. Many citrus producers in the southern province of Adana “are devastated because they failed to sell their lemons even for 0.3 liras (per kilogram) although their production cost has reached 1 lira,” Ayhan Barut, a parliament member for Adana from the main opposition Republican People’s Party (CHP), told Al-Monitor.

According to Gulumhan Gulten, a journalist specializing in the economy, the government’s flawed policies lie at the core of the snowballing problems in the agricultural sector. Ankara’s policies have rendered the sector dependent on imports and failed to protect local farmers and small producers, Gulten told Al-Monitor. The government, she noted, has withheld payments to farmers as part of agricultural support programs, which are required to amount to at least 1% of gross domestic product by law, with unpaid sums totaling more than 220 billion liras ($15 billion). Moreover, the farmers’ calls for tax reductions on diesel, for instance, have fallen on deaf ears, while Ankara has been willing to offer tax incentives in other areas.

“The debts of farmers total some 170 billion liras ($11.6 billion) today. And with all input prices soaring amid the crash of the Turkish lira, [many] farmers have come to a point where they’d rather not produce or not cultivate their fields at all,” Gulten said.

The devastation of Turkish farming bodes ill for government efforts to tame food inflation.  It has also demographic implications, as 10% of the population is still resident in rural areas, from where migration to cities had started again. According to a report by poverty expert Mrs. Hacer Foggo, up to 2 mn children could be suffering from malnutrition.  Prolonged chronic farm inflation could turn into a human development crisis in Turkey.

AKP government still fails to understand the gravity of the crisis, because its policy priorities remain punishing “price gaugers” and re-regulating  wholesale produce markets to reduce “exorbitant profits” by middleman. Such impromptu interventions in the free markets are very likely to feed back up the agricultural supply chain, hurting farmers.