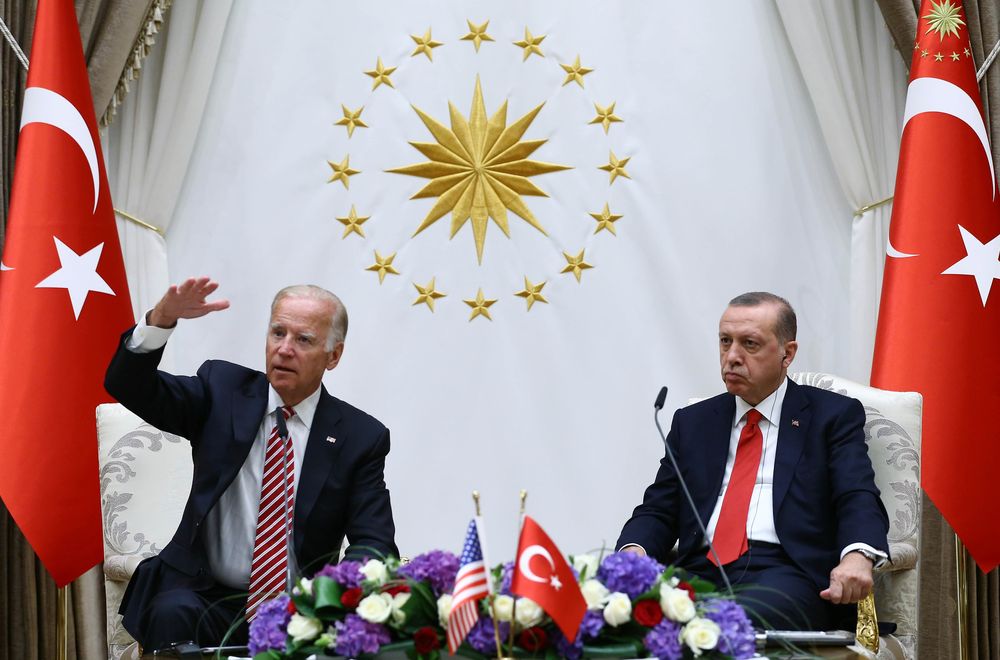 No stranger to rocky relations with Washington, President Tayyip Erdogan holds his first meeting with President Joe Biden next week overshadowed by bitter disputes and by the new U.S. president’s cool tone towards Turkey.

Erdogan had to wait three months after Biden’s inauguration for their first contact, an awkward phone call in April when Biden said he was recognising the 1915 massacres of Armenians in what is now Turkey as a genocide – infuriating Ankara.

For the Turkish president, who relied on a close personal relationship with Biden’s predecessor Donald Trump to iron out crises, the new approach from the White House – more critical and more distanced – has been a source of frustration.

Ahead of Monday’s meeting in Brussels, when they will address disputes ranging from NATO member Turkey’s purchase of Russian arms to U.S. support for Syrian fighters deemed terrorists by Turkey, Erdogan said ties with the Biden White House have been more strained than with any U.S. president of the last 20 years.

“We will of course ask him why U.S.-Turkey relations are at a tense stage,” Erdogan told an interviewer in early June, saying he worked with three previous presidents and “did not experience such a tension with them”.
Topping the list of disagreements at their talks on the sidelines of a NATO summit will be Turkey’s purchase of Russian S-400 air defence batteries.
Washington says the S-400s would compromise the defences of U.S. stealth F-35 jets if deployed alongside them. It has thrown Turkey off the F-35 programme, cancelled Ankara’s order for 100 planes and seeks to replace Turkish firms that had been making jet parts. Turkey wants more than $1 billion compensation.
The United States has also sanctioned Turkish defence industry officials over the S-400 deal. Rejecting U.S. concerns, Turkish officials say they will keep the equipment and have called for a joint examination of the issue.

“It is not possible to take a step back on these matters that are Turkey’s national security issues,” one senior Turkish official told Reuters, speaking on condition of anonymity.

That leaves little prospect of a breakthrough, even though the two sides have kept talking.

“Turkey wants to negotiate how it could use the S-400s, whereas the Americans want to negotiate how Turkey can get rid of the S400s. Which means there is no common base for negotiations,” said Ozgur Unluhisarcikli, director of the German Marshall Fund research group in Ankara.

The Biden administration has stepped up criticism of Turkey’s human rights record, seeking the release of businessman Osman Kavala, who has been detained three years while on trial in connection with 2013 anti-government protests, a case which critics say is emblematic of Turkey’s crackdown on dissent.

The response from the normally pugnacious Erdogan has been muted, in part because he is anxious to attract U.S. investment and help rebuild economic growth which has been battered by the global COVID-19 pandemic and a slumping currency.

One area where Erdogan had hoped to showcase a central Turkish role in the NATO alliance was in Afghanistan, where Turkey offered to guard and operate Kabul airport to secure access to the country after the U.S.-prompted NATO withdrawal.

That plan may be scuppered by a challenge from the Taliban who, after two decades of fighting Western-led troops, say Turkey must leave along with other NATO forces. read more

“At best, cooperation on Afghanistan can help maintain the illusion of a positive agenda,” said Nicholas Danforth, of the Hellenic Foundation for European and Foreign Policy, saying it would help their “dysfunctional relationship” muddle on.
Still, there are areas of common ground including efforts to reach a political solution in Libya and opposition to President Bashar al-Assad in Syria.

The Turkish lira firmed on Friday on hopes of progress at the talks, where Ankara will propose reviving several joint dialogue groups with Washington.

“Why shouldn’t a nice period with Biden start at the NATO summit?” said a senior official at Turkey’s presidency. “Will it be an easy meeting? Not very much, but nobody is without hope either.”