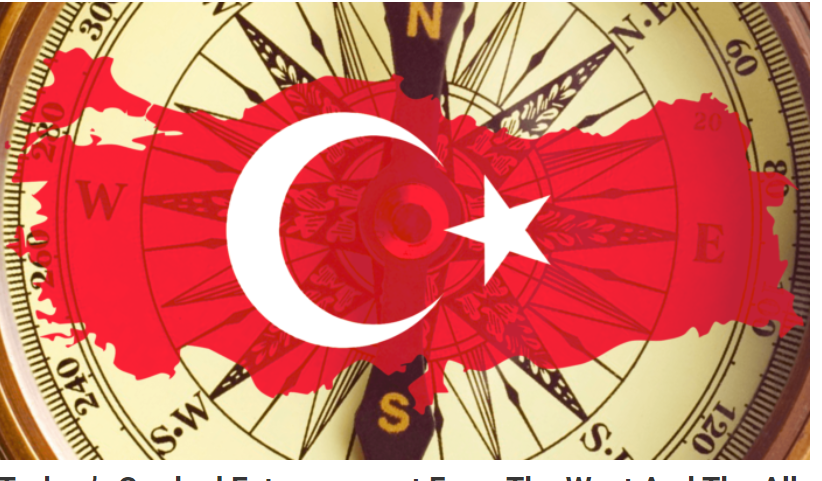 A windfall of foreign funds arriving in Turkey and sustained interest in a state-backed deposit scheme have brought some relief for President Tayyip Erdogan’s economic plan less than a year before tight elections. However, his AKP-MHP coalition is still lagging behind the 6-party opposition alliance in the polls.

Even as annual inflation reached 80% last month, straining households and sapping earnings, the government has stuck to its unorthodox plan which it expects will eventually help flip the country’s chronic current account deficits to surpluses. In fact, it redoubled on unconventional economic policies, with Central Bank  effectively capping  loan rates on Saturday.

Strong exports and tourism have helped to finance a current account deficit which narrowed in June, despite heavy energy costs, according to the latest data.

Relief began in July when foreign visitors jumped by more than 50%, exceeding pre-pandemic levels thanks partly to Russians with nowhere else to go given sanctions over the war, Reuters reported.

The central bank’s foreign reserves – badly depleted from nine months of supporting the lira – have nearly tripled since early July to $15.7 billion on a net basis. Bankers say inflows of some $5 billion from Russia provided a boost, though authorities have not commented and do not publish such data. Overall, gross FX reserves rose by $15 bn in last two data weeks, though compared to Turkey’s foreign debt service payments of $185 bn in the next 12 months these ($115 bn) remain inadequate.

Adding to relief for Erdogan, a lira-protection scheme unveiled during the December crisis cleared a big hurdle in July and August when $30 billion in deposits were rolled over without issue, according to data calculated by bankers.

Only a further $3 billion in deposits need to be rolled over next month, and little more until next year, locking many companies in for another six months to the scheme known as KKM.

Given the lira has shed 27% to the dollar this year, KKM costs are rising for the Treasury and the central bank, which pay depositors the difference.

But most companies and individuals have stuck with KKM, avoiding another rush to foreign currencies and a potential repeat lira crash with less than a year before Erdogan faces tight elections.

“The cost is high but if this amount was being kept in forex then we would face bigger problems,” a source with knowledge of the matter said.

“If there was any other alternative it would have been used but it looks like this will continue, at least until the beginning of next year,” the source said of the scheme, requesting anonymity given sensitivities of the government plan.

The central bank does not disclose its KKM-related costs.

But since it was introduced on Dec. 20 – the day the lira hit an all-time low of 18.4 to the dollar – KKM has cost the Treasury 60 billion lira, 20 billion lira more than this year’s budget allocation for the scheme.  Estimates for the cost to Central Bank center around TL80 bn, which is covered by money printing.

The scheme, along with big forex interventions by the central bank, helped rescue the lira at the time.

But the currency has since tumbled back to near its record low, hitting 18.15 to the dollar after the central bank shocked markets last week by cutting its benchmark interest rate by another 100 basis points.

A better-than expected summer season in economic activity and a windfall of FX reserves averted another currency shock, but the people of Turkey are not feeling better. According to August polling by Istanbul Economic Research, 75% of participants feel their economic conditions deteriorated over the last 12 months, with 54% expecting further deterioration in the future. According to independent think-tank Beta July round of minimum wage and pension increases have already been eroded by rampant inflation.  As a result, Erdogan’s standing in August polls have not improved. Most pollsters opine that he will lose the next election, while the total support for his AKP-MHP collation lingered below 39%, compared to opposition votes 51%.