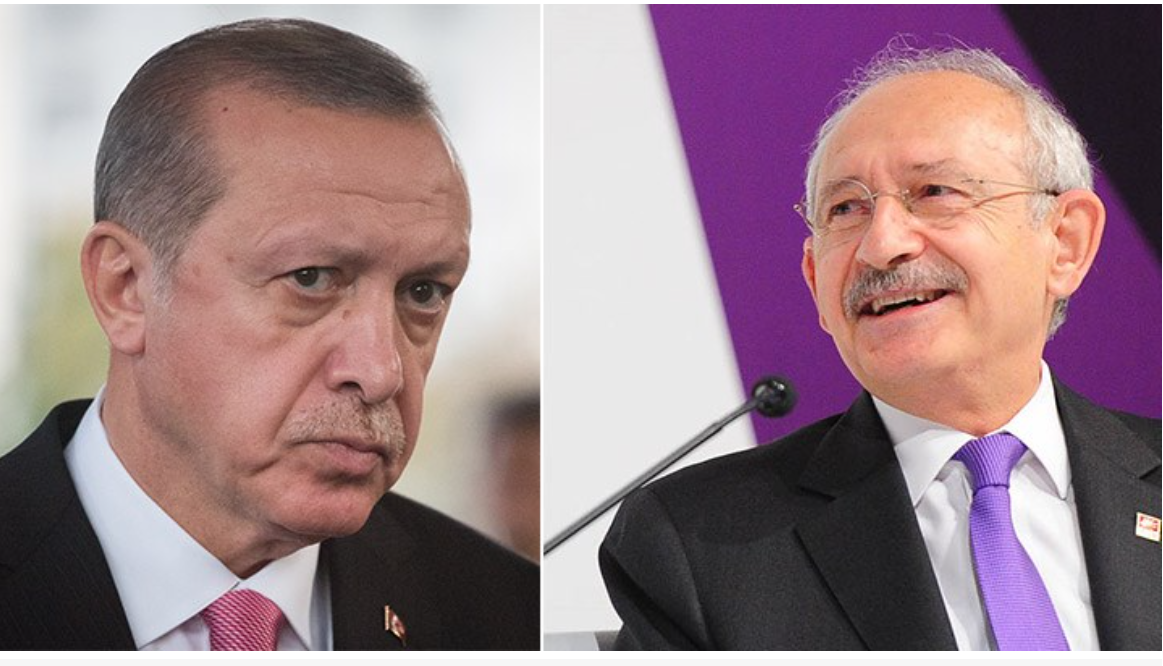 Turkish President Recep Tayyip Erdogan earlier this month formally announced his candidacy for re-election to a third consecutive term. The announcement aims to compel the Nation Alliance, an electoral coalition of six opposition parties, to declare its presidential candidate as soon as possible, thereby enabling Erdogan to focus attacks on a single rival.

The alliance has yet to announce its candidate, but eyes are on three potential contenders — all from the Republican People’s Party (Cumhuriyet Halk Partisi, or CHP), Turkey’s main opposition party: Kemal Kilicdaroglu (CHP chairman), Ekrem Imamoglu (CHP mayor of Istanbul), and Mansur Yavas (CHP mayor of Ankara). Turkish press have reported rumors that Kilicdaroglu will persuade leaders of the alliance to back his candidacy. Erdogan, currently trailing in the polls against all three potential CHP candidates, probably favors this outcome, believing that Kilicdaroglu will be easiest to defeat.

Erdogan likely relies on the premise that much of the Turkish public regards Kilicdaroglu, who has performed poorly in polling (in comparison to Yavas and Imamoglu), as a political insider without the ability or gravitas to lead Turkey through its troubled economic times. Erdogan has also increasingly attacked Kilicdaroglu by making derogatory remarks about his Alevi faith, which mainstream Turkish Muslims regard with suspicion. If the Nation Alliance nominates Kilicdaroglu, Erdogan will likely portray Kilicdaroglu as a fringe figure — not the candidate backed by a coalition of six influential parties.

Regardless of who the alliance candidate is, Erdogan has yet to determine the date of the election. If it is held on schedule in June 2023, Erdogan runs the risk of continuing to preside over a deteriorated economy, likely hampering his re-election chances. If he brings the election forward to November 2022, a date he is considering, he may hope to take advantage of a snap election that denies his opponent the opportunity to mount an effective campaign.

To bolster his image and improve his poll numbers, Erdogan may also fulfill his threat to launch a new military operation into northern Syria to fight Syrian Kurdish forces that most Turks consider terrorists. Additionally, at NATO’s Madrid summit on June 29–30, he could formally veto the Finnish and Swedish applications to join NATO. These moves would aim to spur patriotic fervor among the Turkish public, thereby revivifying Erdogan’s strongman image and solidifying his domestic support.

The United States should not bargain with Erdogan to gain approval for NATO enlargement. Instead, the Biden administration should continue to make clear that NATO enlargement is the will of the alliance and vital to countering the threat posed by Russia. In the event that Erdogan vetoes Finland’s and Sweden’s accession bids, the Biden administration and its European allies should state that they will apply NATO’s Article 5 provisions to both countries.

Additionally, the administration should continue, along with the European Union, to voice strong objections to any possible Turkish military incursion into northern Syria.

Finally, given Turkey’s experiences with election meddling by Erdogan since 2015, Washington and Brussels should broadcast their unequivocal support for free and fair elections in Turkey and declare their intention to collaborate with the democratically elected leader of the country, whoever that may be.

Sinan Ciddi is a non-resident senior fellow at the Foundation for Defense of Democracies (FDD), where he contributes to FDD’s Turkey Program and Center on Military and Political Power (CMPP). For more analysis from Sinan, the Turkey Program, and CMPP, please subscribe HERE. Follow Sinan on Twitter @SinanCiddi. Follow FDD on Twitter @FDD and @FDD_CMPP. FDD is a Washington, DC-based, nonpartisan research institute focused on national security and foreign policy.

With the permission of FDD