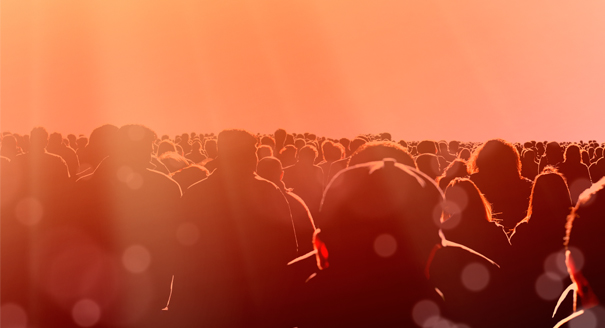 Turkey’s economy had a difficult year, with its currency depreciating and inflation skyrocketing. Experts warn that unless President Recep Tayyip Erdogan changes course and reverses his controversial monetary strategy, the situation could worsen.

Opposition parties claim the real situation is worse than the official number shows.

Following a series of interest rate cuts by the Turkish Central Bank last year, Turkey’s currency lost over half its value before recovering slightly following a package of measures announced by the government in the last weeks of 2021.

Finance experts both inside and outside Turkey, as well as opposition parties, blame Erdogan’s insistence on continuing to cut interest rates.

Most economists believe to halt rising inflation, central banks should raise interest rates. But Erdogan has rejected that strategy, arguing that lower interest rates reduce inflation and encourage growth, despite mounting evidence his policy is not working.

In an effort to defend the collapsing lira, the government announced a plan to shield lira deposit holders from possible losses due to the currency’s depreciation. In December, it also boosted the minimum wage by over 50%.

Despite the government’s efforts, Turkey began the year with price increases on everything from electricity and natural gas to road and bridge tolls and taxi charges. Electricity costs increased by about 125% for commercial customers and 50% for residential customers. The cost of public transportation in Istanbul, Turkey’s largest city, has increased by more than 30%.

Erdogan recently stated that the worst had passed and that it is now time to reap the benefits of the government’s efforts. However, experts speaking to Voice of America predict that will not be the case.

Timothy Ash, an emerging markets sovereign strategist at BlueBay Asset Management in London, forecasts that inflation in Turkey would likely rise above 50% in coming months.

He claims that the relative stability in the local currency is due to state-backed foreign exchange intervention rather than confidence-building measures like the deposit guarantee plan. According to data from Turkey’s central bank for December, the government sold about $19 billion to back its currency.

Ash predicts the government will be unable to keep defending its currency with that strategy for too long.

“The central bank of Turkey doesn’t have an infinite pot of money of foreign exchange reserves. Turkey’s net reserves are minus 60 billion. They are spending money they don’t have,” he said.

Applied Economics Professor Steve Hanke from Johns Hopkins University, who says he measures Turkey’s annual inflation on a daily basis using high frequency data, tells VOA that while it is hard to use standard analysis to make an accurate forecast in cases like Turkey, where there is a big currency crisis, he predicts inflation will stay very elevated.

‘Turkey charting its own course’

Turkey’s central bank announced last week that it had asked exporters to sell 25% of their hard currency revenues to the bank for lira to support the plunging currency.

Hanke describes the move as the first aspect of foreign exchange control and says it’s a “bad sign” for Turkish businesses and investor confidence.

Turkey’s finance minister, Nureddin Nebati, said last week the government would prioritize the fight against inflation but added it had abandoned “orthodox policies and was charting its own course” as far as economic policies are concerned.

Experts say the economy will continue to dominate the political agenda in Turkey in 2022, arguing that the economic situation might increase the prospects of an early election.

Elections in Turkey are scheduled to take place in 2023. But soaring prices have had a huge impact on the lives of Turks, from food prices to medicine and utilities. As Erdogan sees his opinion ratings slide amid the economic pressure, opposition parties see political opportunities in the economic policy struggles.

But economist Ash warns the country faces grave economic consequences if it does not change course.

“Unfortunately, Turkey is increasingly looking like an Argentina or Venezuela sort of devaluation-hyperinflation scenario,” he said.

“The currency policy is not sustainable. So, either Erdogan changes course or he loses the elections, and a new administration comes in and changes policy. But if these policies are continued, Turkey faces economic and financial crisis,” Ash said.