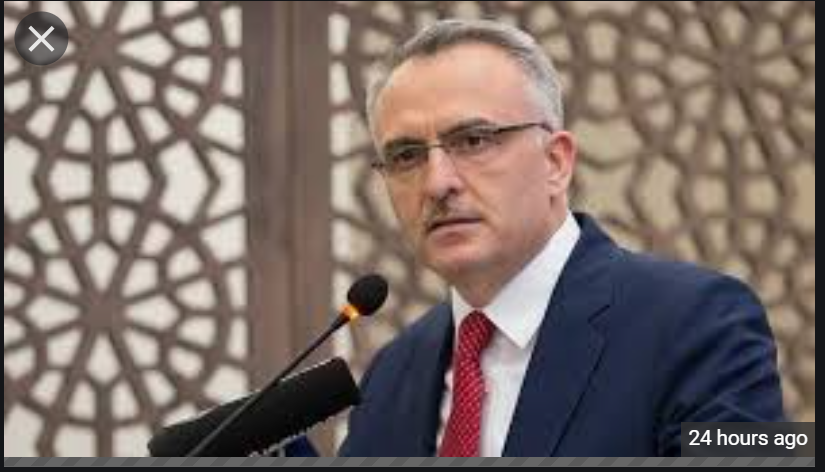 Turkey’s President Recep Tayyip Erdoğan shook international markets by firing the well-regarded governor of the Turkish central bank, and it may be because his eye is on an early election season.

On March 19, Erdoğan sacked governor Naci Ağbal in a surprise move that came only five months after appointing the former finance minister to the important office. In mere days, Turkish officials scrambled to reassure jittery investors who had been shifting their investments out of the country into safer assets. On the first day of trading, the Turkish lira dropped about 15 percent against the dollar before the rout slowed as the painful week churned on.

Investors and analysts alike warn that Turkey could be veering closer to a currency crisis, owing to rising inflation that has chipped away at the lira’s value and upcoming debt payments denominated in foreign currency. Such a scenario spells serious trouble for Erdoğan’s government which has seen its approval ratings dip in the last year.

Turkish economist Güldem Atabay says that the spectre of a currency crisis is casting a dark shadow over Turkey’s economy.

“We are not in a currency crisis right now, but definitely it will be in one,” Atabay said in a podcast with Ahval.

Saddled with high inflation, low foreign reserves available to support the lira, and a heavy debt burden, Turkey’s economy is at risk of teetering due to any one of these problems worsening. Atabay herself believes that the main problem remains President Erdoğan’s personal management of the economy.

Erdoğan has tightened his control over economic policy since Turkey shifted from a parliamentary to an executive presidential system of governance with a referendum in 2017, followed by the presidential elections in 2018. His views on interest rates in particular have been a serious concern to investors because they represent the complete opposite of the commonly-held view that higher rates prevent high inflation.

Naci Ağbal was seen as a bulwark against these views by investors, who hoped to see the former finance minister guide Turkey away from economic malaise. His replacement, the fourth central bank chief in two years, Şahap Kavcıoğlu has already worried observers because of the unorthodox view on interest rates that he shares with Erdoğan.

Atabay holds that Kavcıoğlu “does not have any chance of earning credibility from local or international investors”, because they view him as a crony eager to do the president’s bidding at the central bank.

Kavcıoğlu himself has promised to do everything “to achieve a permanent fall in inflation”, but Atabay counters that the credibility of Turkey’s economic managers is already in tatters.

Advisers flocked to television networks at the start of the week to defend Erdoğan’s firing of Ağbal. One particularly controversial adviser, Yiğit Bulut, raised eyebrows when he insisted that Turks were meeting the call to support the lira by selling foreign currency savings. Going further, Bulut added that foreign reserves held by the central bank were positive, a claim disproved by its own data.

“Nobody is buying these lies,” said Atabay.

The return to dovish monetary policy, possibly supported by market interventions by state banks, has inspired fear in investor communities that these herald a return to power of Erdoğan’s son-in-law and former finance minister Berat Albayrak, who resigned over Instagram last November, citing health reasons.

In a research note from the geopolitical consultancy Eurasia Group, clients were cautioned that Kavcıoğlu’s appointment could be a harbinger of Albayrak’s return to policy making. Atabay adds to this fear by suggesting Albayrak could informally influence Erdoğan’s economic choices or take on a formal role as his top advisor.

“Albayrak may be striking back stronger than he ever was,” she warned, adding that investors would likely shy away from Turkey if it began returning to Albayrak’s approach to the economy.

All of these decisions appear chaotic and ideological, but they may disguise an agenda being laid for the possibility of early elections. Ağbal’s firing coincided with a move to shut down the pro-Kurdish People’s Democratic Party (HDP) and Erdoğan withdrawing from the Istanbul Convention that aims to combat violence against women and domestic violence.

These appear disparate, especially with the uncertainty injected by Ağbal’s ousting, but Atabay sees these events as being driven by the government’s interest in cementing its power. The government has publicly stated it will not seek snap elections, but Erdoğan’s coalition is mired by troubling approval ratings as it seeks changes to both Turkey’s constitution and electoral system.

“With the plans to change the constitution, Erdoğan only wants to consolidate more power for himself,” said Atabay.

The ecomomist cautions that in a highly polarised environment with so much uncertainty, attempts to do this by Erdoğan’s government hold worryingly unpredictable results.

“To protect their power, anything can happen now in the country,” Atabay said. “We are at such a critical juncture.”