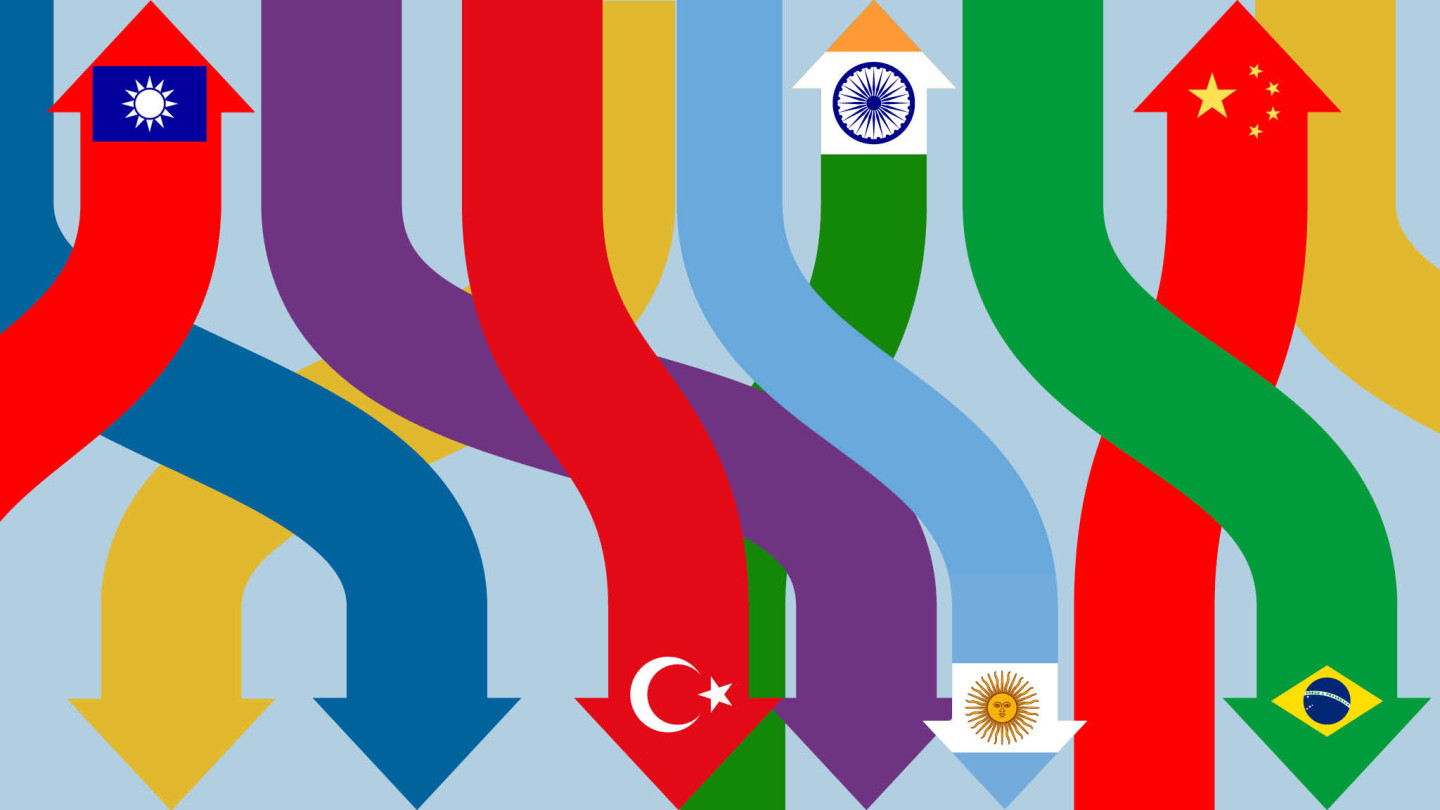 Developed markets (DMs) outperformed emerging markets (EMs) in March amid the rise in US bond yields and the dollar. Germany, the US, and France were the better-performing major global markets last month. On the other hand, India, China and the Philippines were among the laggards.

Analysts say fears of weakness in emerging market currencies and the US “reflation trade” are prompting investors to pare their exposure towards EMs. This year until mid-February, global investors were seen preferring developing markets amid weakness in the greenback. However, the tailwind has changed in March, as inflows decelerated, too, according to International Institute of Finance.

Increased bullishness on the dollar and rising Treasury yields have also weighed on emerging market currencies this year, with those in Latam bearing the brunt of the pressure due to a damaging resurgence of the coronavirus in the region. On the other hand, a mild pullback in U.S. benchmark yields benefited emerging market currencies on Monday. “Our view to start the year was partly based on the enormous gap between the green and black lines, indicating that the USD was too weak relative to the global outlook,” analysts at TD Securities said. “That gap has been closed, and now a new open has opened up in the other direction. It’s not huge, but we think there’s room for a USD pause in the interim.”  TL also benefited from the dollar pause, with dollar/TL  weakening from 8.20 at the open to 8.12 Tuesday morning, despite a slightly higher than consensus March inflation print, followed by a disastrous PPI report which showed an annual increase of 31% vs 16.2%in CPI.  A coup row leading to detention of 10 retired admirals was shrugged off by market participants.

WATCH: Is the world hurtling towards another financial crisis?

Yet, the outlook for TL assets remains dim:

According to a Reuters report,  foreign net flows to emerging market equity and debt portfolios slowed in March to their weakest in almost a year as rising U.S. yields continue to weigh on EM, with flows excluding China barely making a blip last month, data from the Institute of International Finance showed on Monday.

The net estimated $10.1 billion in flows in March was the lowest monthly figure since April 2020 and compares with a downwardly revised $23.4 billion net inflows in February.

“Despite the disappointing readings, some positive support to flows remains, stemming from increasing commodity prices and constructive balance of payments dynamics,” the IIF said in a note. “Our view is that contagion risk is less severe than during the EM sell-off in 2018 or during the 2013 taper tantrum.”

The uncertainty surrounding Turkey after its hawkish central banker was surprisingly sacked last month was one of the idiosyncratic events that has further weighed on appetite for EM assets, the IIF said.