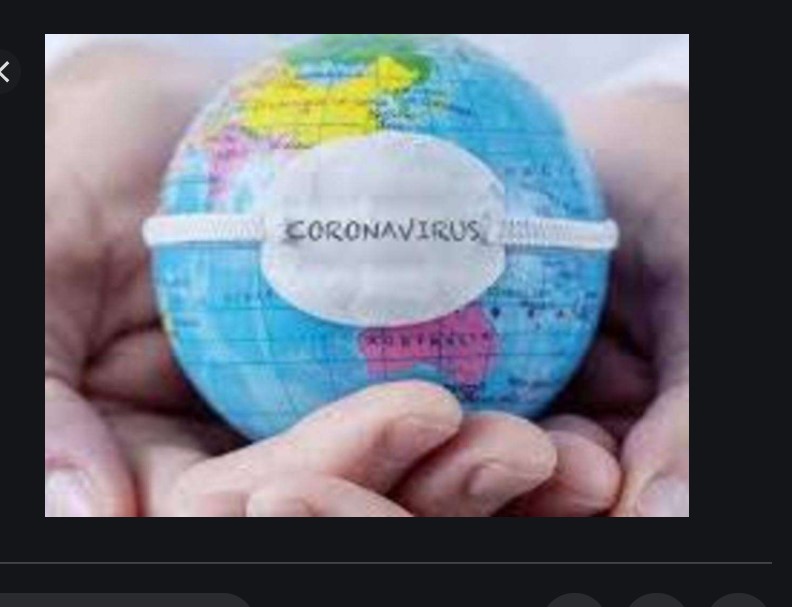 On Monday, India’s deepening coronavirus crisis slammed the nation’s stocks and currency on concern it will deliver a fresh blow to an economy that’s only just recovering from the worst contraction in nearly seven decades.  Brazil’s deaths routinely average 4K a day, as its sinister variant knows no boundaries of evil. Philippines just extended a limited curfew, which is certain to brake economic activity. Turkey is on the verge of announcing stricter Covid-19 measures tomorrow. Yet, “some investors remain optimistic, believing that US government bond yields will stabilise and the original playbook for 2021 can resume with a strong economic rebound and a weaker dollar buoying emerging markets assets”, writes Eva Szalay at Financial Times. Google search emerging markets and you will find pages of accolades for the asset class.

While skepticism is much higher now  compared to the beginning of the year, sporadic rallies continue.  “Emerging-market dollar bonds had their best week since December, while local-currency debt rose by the most in two months, according to Bloomberg Barclays indexes. Meantime, developing-nation stocks fell 0.6% amid concerns about rising inflation. Even so, a record investment in an exchange-traded fund that buys Chinese internet stocks fueled the 23rd week of inflows to emerging markets, the longest winning streak since 2015. The implied volatility for currencies declined for a second week”, notes Bloomberg.

It is just not sinking into the genius brains of global fund managers that vaccine shortage, indifferent political leadership, rising US yields and a strong dollar are a lethal cocktail for Emerging Markets except a few like China, which managed to contain the outbreak and have the monetary and fiscal means to combat its economic impact.

Most others are not so lucky. India, which despite the diagnosis of a unique variant, almost no mobility restrictions and soaring cases had so far escaped the wrath of investors is a good example of how the mood  could suddenly turn into panic:

The Indian rupee dropped past 75 to a dollar for the first time since August 2020, while the benchmark S&P BSE Sensex Index declined 3.4%, the most in almost two months. India reported a record 168,912 new infections for a day, taking the tally to 13.53 million cases, the government said Monday.

Many provinces across the nation, from the financial hub Mumbai to capital New Delhi, are bringing back stricter restrictions on movement of people to curb the surge in cases. Reports are emerging of hospital beds running short and immunization centers turning away people as they run out of vaccines.

That and a vaccine shortage “are unnerving markets and no one is sure whether lockdowns will help bring cases under control,” said Deepak Jasani, head of retail research at HDFC Securities. Given the uncertainty, “the incentive to try and bottom-fish at this point is limited for traders.”

Brazil’s real and Turkey’s Lira, along with the Argentinian peso are at the bottom of the EM FX performance leagues vs the dollar this year.    These are the three countries where investors finally made the cognitive connection that poor political leadership is equal to a prolonged outbreak, which in turn is likely to cause lower-than-expected GDP.

Turkey’s lira held its ground against the dollar today, closing the day around 8.15, as investors waited for Thursday’s Central Bank rate decision.

But the Borsa Istanbul lost ground for the third day in a row (1.24% loss for the day) as Russia reducing flights to Turkey until June (essentially killing the tourist trade) and the anticipation of month-long curfews triggered a re-valuation of most stocks.

The rest of the EM will soon follow suit. WHO issued a warning today that it is too soon to pronounce the pandemic dead.  New variants are cropping up by the day, as some prove to be resistant to some of the widely-used vaccines.

At the end of the day, as the disease hollows out the structure that holds up Developing Nations, it is the higher US yields and the stronger dollar which will deal the knock-out blow.

Is that outcome likely?  Well, we are not experts, but Jay Powell ought to know better, no?  Let’s listen to him in his 60 Minutes interview:

Federal Reserve Chair Jerome Powell told CBS’ “60 Minutes” in an interview broadcast Sunday that the U.S. economy is at an “inflection point,” with growth and job creation forecasts looking strong.

“What we’re seeing now is really an economy that seems to be much at an inflection point, and that’s because of widespread vaccination and strong fiscal support, strong monetary policy support,” Powell said in the interview.

It doesn’t take to be a Nobel prize winner what stronger GDP growth and higher employment does to inflation expectations.

What is good for America, is not necessarily good for the rest of the World.