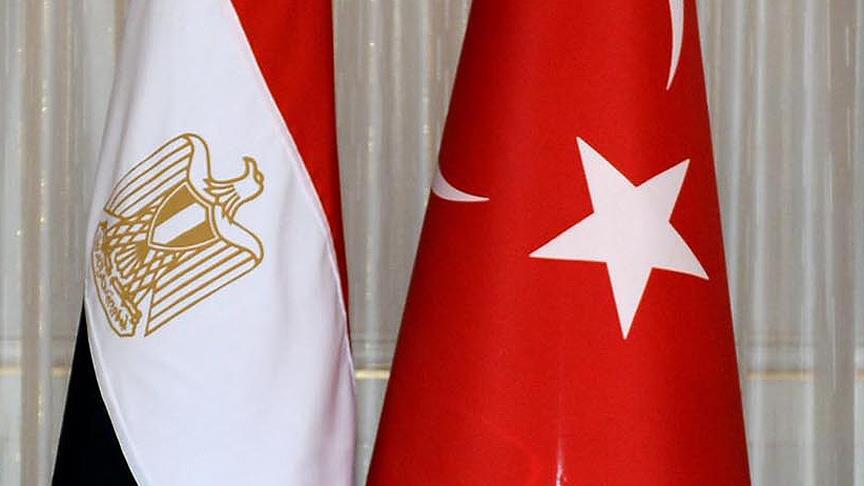 A Turkish delegation arrived in Egypt on Tuesday for the first official meetings between the two countries since Ankara and Cairo broke off relations in the wake of Egypt’s crackdown on the Muslim Brotherhood in 2013.

While Egypt has kept its aims in talks with Turkey relatively quiet until now, two government officials who spoke to Mada Masr in the lead up to the meetings have laid out three demands they will put on the table during the two-day talks in Cairo.

According to the officials, who spoke to Mada Masr on condition of anonymity, Egypt is to put in requests for the expulsion from Turkey of a list of people convicted in Egypt — where mass trials of alleged Brotherhood members for events following the 2011 revolution have been commonplace since the 2013 ouster of Morsi. Egypt will also request an end to criticism of Egypt in Turkey-based media, and a decisive exit of Turkey-backed fighters from neighboring Libya, where the two countries provided support to opposing sides in the 14-month war for the Libyan capital of Tripoli.

Cairo has a list of people it wishes Turkey to expel, citing final court rulings against them, the sources said. However, Cairo has not requested extraditions, since there is no extradition agreement between the two nations.

The officials also said that Egypt is to ask Turkey to put a stop to media coverage targeting Egyptian officials in Turkey-based outlets, a request which Turkey has appeared willing to appease. Former Egyptian presidential candidate Ayman Nour told Reuters in March that Turkish officials had told him they wanted the TV stations to practice “objectivity and not to attack or criticize people.”

Finally, the officials said Egypt is to ask Turkey to put a stop to the presence of Turkish-backed fighters and weapons in Libya, and to commit to withdrawing any fighters it has already sent to the country, including those who have been granted Libyan nationality by the now-dissolved Libyan Government of National Accord. Turkey sent ethnically Turkish Syrian troops to back the GNA during the assault on Tripoli of General Khalifa Haftar and his self-styled Libyan National Army, who was backed by Russia, France, the UAE and Egypt at the time.

Prospects for a Turkish withdrawal from Libya are less certain. In response to a request made by newly appointed Libyan Foreign Minister Najla al-Mangoush during a joint presser this week for Turkey to remove its troops from the country, Turkish Foreign Minister Mevlüt Çavuşoğlu responded that a departure would be “a hard thing to implement,” due to the ongoing presence of other mercenaries “who could help a march west again” if Haftar were to renew military activity.

Should this condition be met, however, the sources said that Egypt is open to coordinating with Turkey on economic and security issues during ongoing reconstruction efforts following Libya’s new political settlement.

Egypt is also willing to begin talks toward drawing a maritime border between the two countries, the sources said. Turkey outraged fellow countries in the East Mediterranean in 2019, when it reached a preliminary agreement on a maritime border with the Government of National Accord that both Greece and Egypt claimed trespassed upon their maritime sovereignty.

Since then, Egypt and Greece have agreed to a partial maritime border demarcation agreement that leaves open the question of controversial areas to which Turkey claims the right to access around the Greek island of Kastellorizo.

The Mediterranean border is of urgent interest to Turkey, said the sources, though they suggested there is a limit to Egypt’s flexibility on the issue, adding that Egypt will not support Turkey in any border dispute with Greece and that any potential maritime delimitation agreement will need to accommodate the similar agreements that Egypt has already signed with Cyprus and Greece.

Though Çavuşoğlu has said that he would be meeting with Egyptian Foreign Minister Sameh Shoukry in the wake of this week’s talks, the Egyptian officials remained coy about the outlook after the Cairo meetings.

One government official said that there are “positive indicators” that relations between the two countries could see some form of revival, and that if the two-day talks go well, more meetings on different levels could follow.

“We are hopeful, but we are also cautious. The Turkish want to proceed quickly, and we are open, but the speed issue [for the talks] is different [for us],” the source said, declining to lay out a timeframe for the talks or any further diplomatic steps, such as restoring an ambassadorial presence.

Çavuşoğlu and Shoukry exchanged Ramadan greetings three weeks ago, while the latter expressed his appreciation for “Turkey’s desire to correct the formulation of its relationship with Egypt,” after his Turkish counterpart announced Ankara’s desire to open a new page of relations with Cairo.

In March, Shoukry addressed MPs on the  potential reproachment, saying it would rely on a “change in Turkish policy that is consistent with Egyptian objectives for stability in the region and non-interference in the internal affairs of countries.”