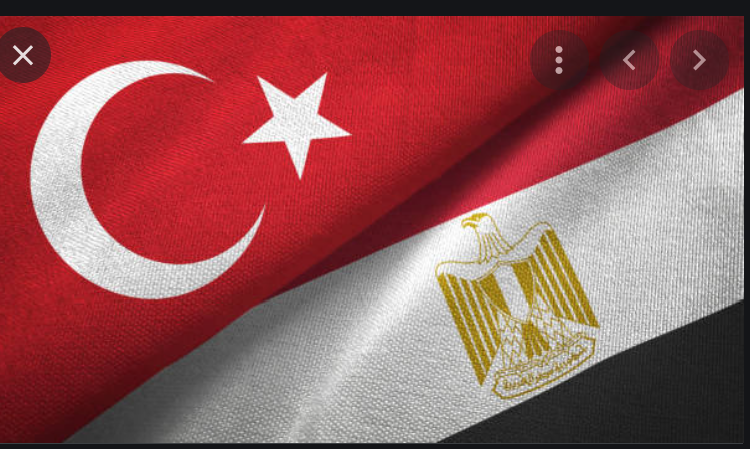 Egypt sent a firm message to its regional rival Turkey this week, flexing its military might even as it engages in steps meant to calm tensions between the two Sunni powers.

Egypt’s message was designed to address both major flashpoints between the two countries. Cairo fought a proxy war with Turkey in Libya in 2014-2020, and hosts a regional gas forum designed to counter Turkish moves in the eastern Mediterranean.

For the better part of a decade, Turkey has been engaged in a bitter rivalry with Egypt that began when Turkish President Recep Tayyip Erdogan backed the Muslim Brotherhood after the group was ousted from power in Cairo when Sissi took over in 2013.

Erdogan called Sissi a tyrant and submitted a formal request to the United Nations Security Council to have him recognized as a war criminal. Egypt expelled Turkey’s ambassador in Cairo and recalled its own from Ankara.

The rivalry between the Sunni Muslim powers has metastasized into other areas and split the Middle East, with Turkey and Qatar leading a pro-Islamist faction, and Egypt siding with Saudi Arabia and the UAE in a pro-Western camp.

In the Mediterranean, Egypt has aligned itself with Greece and Cyprus, which accuse Turkey of illegally drilling for natural gas in their exclusive economic zones. Together with Israel, the countries formed the EastMed Gas Forum, headquartered in Cairo, and they have conducted joint military exercises.

Members of the self-proclaimed eastern Libyan National Army (LNA) special forces gather in the city of Benghazi, on their way to reportedly back up fellow LNA fighters on the frontline west of the city of Sirte, facing forces loyal to the UN-recognised Government of National Accord (GNA), on June 18, 2020. (Photo by Abdullah DOMA / AFP)

On Saturday, Egyptian President Abdel Fattah el-Sissi opened a strategic naval base on the Mediterranean Sea to “secure shipping lines,” according to the presidency.

The base lies some 255 kilometers (160 miles) west of Alexandria, toward the border with Libya, a country in which both Egypt and the United Arab Emirates have played a key military role backing Khalifa Haftar’s Libyan National Army. Turkey back the  Government of National Accord, the opposing side in the 2014-2020 civil war.