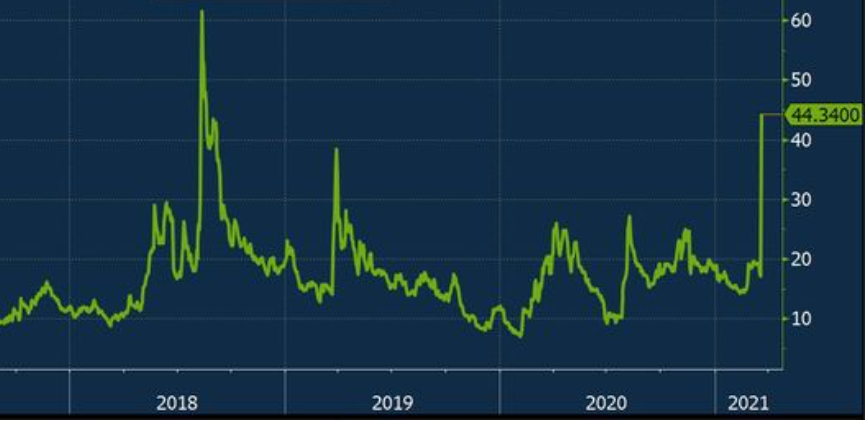 Economist Prof. Dr. Veysel Ulusoy pointed out that the real danger is the volatility in the exchange rate rather than the level, adding that the inflation on the shelves is much higher than reported.

Despite the rise in inflation and the losses in the TL, the CBRT, which started the interest rate cuts requested by Erdoğan in September, continued its easing cycle with 200 basis points in October, beyond expectations.

Erdogan said he had instructed the Foreign Ministry to declare the ambassadors of 10 countries “persona non grata”, who made a joint statement regarding imprisoned human rights activist Osman Kavala.

‘Currency volatility is doubly damaging to inflation on consumer goods’

Economist Prof. Dr. Veysel Ulusoy drew attention to the connection between exchange rate and inflation on Halk TV: “We measure the inflation on consumer goods based by the dollar but believe me, volatility is twice as bad  according to our models.”

Expressing that this situation caused disruptions in the supply chain management, Ulusoy continued: “Exchange rate  and its volatility need to cool down. It would not be wrong to say that if we fail to achieve this, many fragile balances are going to be disrupted.”