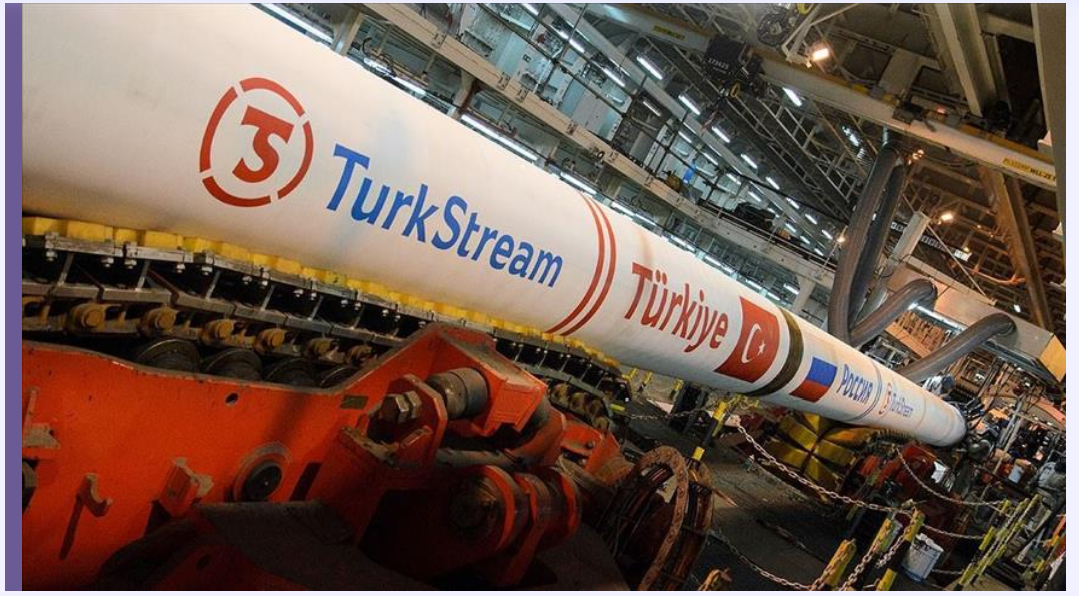 With Russian gas giant Gazprom this week again slashing its gas exports to Europe and European Commission President Ursula von der Leyen accusing Moscow of “blackmail,” Turkey — as a non-EU state — may appear at first glance to be safely insulated from what many in Turkey view as a purely European problem.

The reality is that Turkish-Russian energy ties have been marked by frequent and sometimes highly confrontational disputes, as Russia’s recent cut of gas flow to Turkey — in what experts say was on unprecedentedly short notice — has provided rare insight into the nature of the complex relationship.

Turkish companies hold contracts for 31.75 billion cubic meters a year (bcm/yr) of Russian gas, under which Turkey last year imported 26.3 billion cubic meters, meeting 45% of its gas needs. Dependence also spells vulnerability, as Ankara discovered in January this year when Iran, which last year supplied just 16% of Turkey’s gas, halted exports for three weeks, with the resulting shortage forcing the shut down of power plants and much of Turkish industry.

Ankara’s decision not to follow the EU sanctions on Russia in response to its invasion of Ukraine would seem to make sense, but at the same time Turkey has supplied drones to Ukraine, which have been successfully deployed to attack Russian forces, and last month transited gas to Bulgaria in place of Russian gas that Moscow had moved to cut off.

While Turkish and Russian officials rarely, if ever, publicly comment on energy disputes, behind closed doors these are both frequent and sometimes highly confrontational. And with only a few reports appearing in Turkey’s increasingly restricted media, the complex picture that emerges of Turkey’s gas relations with Russia is one that raises more questions than answers.

Gazprom’s current excuse for slashing gas flow to Europe via its main Nord Stream 1 pipeline is the need for periodic maintenance work. Largely gone unnoticed, two months ago the same excuse was used for a 10-day maintenance shutdown of the Blue Stream pipeline, which carries around 60% of Turkey’s Russian gas imports — the shutdown was announced with just two days’ notice.

According to a former senior Botas official, such a short warning is “unprecedented,” with a similar maintenance shutdown on the TurkStream pipeline that delivers the rest of Turkey’s Russian imports that was scheduled for late June announced at the start of March.

It may well be a coincidence that Gazprom’s move came just as Turkey was being asked by NATO to approve the accession of Sweden and Finland in the face of Russian opposition. But equally, it wouldn’t be the first time Moscow has used gas cuts to pressure Ankara.

Raising more questions is the renewal late last year of Botas’ contract for Russian gas delivered via TurkStream, which was due to expire in December 2021.

Officials confirmed in 2019 that negotiations were underway, but it wasn’t until January that confirmation emerged that a new deal had been signed.

The few details to subsequently emerge appear to confirm rumors claiming that talks went to the wire and, faced with the threat of gas shortages, Botas was forced to accept worse terms than the expired deal, are correct.

Even more opaque is the situation of the seven private importers of Russian gas.

A combination of Turkey’s 2018 economic crisis and subsequent low spot LNG prices saw the seven undercut by Botas and unable to sell their gas.

Their combined imports fell from 74% of the contracted 10 billion cubic meters in 2018 to just 13% in 2019. Despite rising to 39% last year, several of the seven have been left in breach of their contracts.

Just to complicate matters further, three of the seven — Akfel Gaz, which has continued to regularly import Russian gas, and Avrasya Gaz and Enerco Enerji, which haven’t — are effectively state companies. Turkish authorities seized the companies in 2016 after their owners were allegedly supporting the outlawed Gulen movement, which is accused of masterminding the 2016 failed coup attempt.

According to a source with knowledge of the issue, Moscow — despite the involvement of the Turkish government — opted to treat the problem as a commercial dispute, with the private importers being ordered last year by an international arbitration court to make good on their debts.

That appears not to have happened, with four of the seven companies making no imports over the first four months of this year despite Turkey’s desperate need for more gas in January and February when Iran halted its exports without warning.

If that wasn’t sufficiently confusing, the country’s Saving Deposit Insurance Fund (TMSF) late last year merged its three private gas importers into a single company, Akfel Gas Group, which it then advertised for sale. Other than the bidding deadline being subsequently extended to February, no further news has emerged, and all mention of the company and its sale has been removed from the TMS website.

What happens now is unclear. Have the three merged companies been sold or has the sale been abandoned? Will the private sector debts to Gazprom be paid? If so, how? If not, what action will Moscow take? If anyone knows, they aren’t saying it — at least not publicly.

But even this complicated situation pales in comparison to that of the one private Turkish importer of Russian gas that has continued to import its contracted volumes: Bosphorus Gaz, which until 2018 was majority owned by Gazprom itself.

In October 2020, the Turkish intelligence service busted an alleged “spying” operation in which Bosphorus executives are alleged to have seen Bosphorus bribe Botas officials to hand over confidential information that was then passed to an unnamed “foreign energy company.”

With both Turkish and Russian officials maintaining their “traditional” silence, neither the identity of the “foreign energy company” nor the whereabouts of Bosphorus CEO Mert Goksu — who is reported to have fled Turkey — have been confirmed.

Almost the only fact about the case that has been subsequently made public is that in January, Turkey’s Constitutional Court rejected an appeal by Bosphorus deputy CEO Emel Ozturk that her arrest and continued detention pending trial was illegal.

So what does all this mean other than confirming that as far as gas sales go the relationship between Turkey and Russia is far from that of just seller-buyer, some would even say dysfunctional?

Arguably the only thing that is clear is that with close to half of Turkey’s gas coming from Russia and upward of 34% of Turkey’s electricity generated by power plants burning gas, any decision by Moscow to treat Turkey to the same gas cuts it is imposing on Europe would have a very serious impact.

Excerpt  only, to read the entire article, click the link