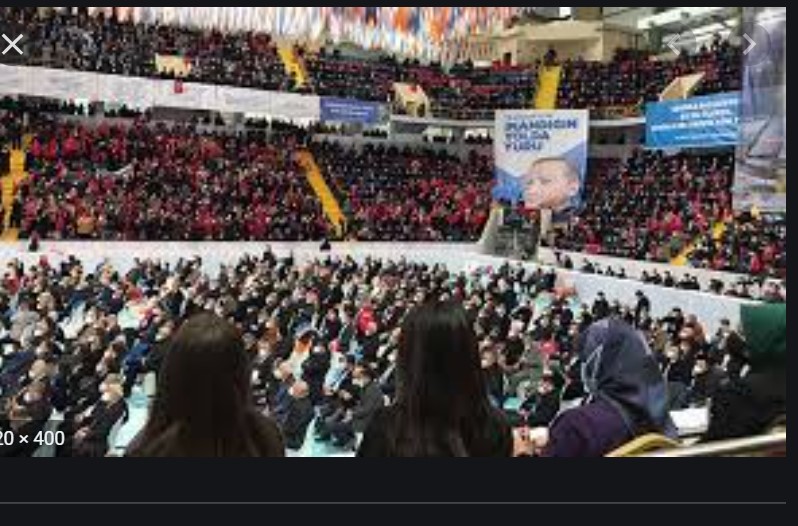 The most contentious debate in Turkish politics is not about the raging epidemic, deepening poverty or even AKP’s shoulder-to-shoulder Grand Convention, which is certain to become a super-spreader event. No, at least among political pundits, it is about President Erdogan’s intentions.  A majority of secularist columnists claim that a swift series of shocking events, such as the lawsuit to shut down pro-Kurdish rights party HDP, Turkey quitting the Treaty to defend women against violence and the sacking of the Central Bank governor Mr Naci Agbal are a powerplay by Erdogan and his loyal ally Mr Bahceli.  This group maintains that Erdogan is testing his strength, which if goes unchecked with lead to formal one man, one party rule, a la Russia or China.

“This is a very dark tunnel we’re going through”, Elif Shafak, the acclaimed Turkish novelist, told the FT Weekend Festival hours after the decree. “When you lose democracy, women’s rights and minority rights are among the first to go”, a person like most secularists who is constantly afraid of losing democracy to Erdogan’s unquenchable thirst for power.

While Erdogan’s efforts to increase his power day by day can’t be denied, it is not clear whether he has the support of even his loyal AKP followers to pull off such a trick. A minority of experts, thus, claim that he is operating from a point of weakness, throwing red meat to his diverse constituencies to stay in power.

Wall Street Journal notes that Erdogan has also expanded his own reach within the Turkish state in recent years, clamping down on domestic opponents and sidelining rival leaders within his own party. He has repeatedly rejected the advice of other Turkish officials like Mr. Agbal, who have advocated a more conventional approach to the economy.

“The power is with the president,” said Cavit Dagdas, a former deputy undersecretary of the Turkish treasury. “At the end of the day they don’t have the power or they can’t convince the president,” he said, referring to Mr. Erdogan’s advisers.

Yet, David Gardner of Financial Times argues that Erdogan is acting to conceal his weakness:

Early last Saturday morning, Recep Tayyip Erdogan, Turkey’s imperious president, had a Donald Trump moment. Instead of one of the former US president’s Twitter tantrums, Erdogan issued decrees. The first, firing the central bank governor, could amount to economic suicide. The second, withdrawing from a treaty to prevent violence against women that Turkey was the first to sign a decade ago, threatens to bury the remnants of the country’s reputation as a democracy that protects all its citizens.

The currency rebounded as Erdogan appointed Naci Agbal, his predecessor at finance, to head the central bank. Insiders say Agbal, loyal but economically orthodox and critical, convinced Erdogan the economy was in peril and, with it the legacy of the president and his ruling Justice and Development party (AKP).

Last weekend, Agbal, who had restored the credibility of Turkey’s monetary policy, was also dispensed with, triggering a sell-off of Turkish assets, with the lira initially tumbling 14 per cent amid big falls in bonds and stocks. Conspiracy theories about the sudden departure abound. Most probably, Erdogan simply did not like the numbers. On Thursday, Agbal had surprised the markets with a sharp rise in interest rates of 200 basis points. Since November he has raised rates by 8.75 percentage points to 19 per cent.

But Erdogan’s monetary bombshell almost pales beside his pulling out of the Istanbul Convention, the Council of Europe treaty to combat violence against women. Erdogan, ever more autocratic since he ascended to the presidency in 2014, at a stroke lifted still fragile protections from half the population of Turkey, where as many as three women a day are murdered.

The move is Erdogan’s latest flouting of the rule of law at home and abroad. He has all but crushed the independence of the Turkish judiciary. He serially ignores judgments of the European Court of Human Rights, which demanded the release of political prisoners such as the activist and philanthropist Osman Kavala, or Selahattin Demirtas, leader of a leftwing pro-Kurdish alliance.

Cocooned by courtiers after pushing aside independent aides, Erdogan has almost lost the ability to set coherent policy. Instead, after losing control of most of Turkey’s great cities, including Istanbul and Ankara, in 2019’s local elections, he concentrates on throwing political red meat to his Islamist and ultranationalist electorate. A hollowed-out AKP is more like an opposition than a ruling party on the cusp of its third decade in power. This is a demonstration of power, but also of vulnerability.

Gardner and others fail to mention the root cause of Erdogan’s weakness:  While he throws red meat to select constituencies, he has neglected the mainstay of his durability:  He can’t feed the ordinary AKP voters, who came to rely on him  as a beneficent, if strict master of the economy.  As daily Covid-19 cases inch up to 30K, the re-opening of the economy is backfiring badly on Erdogan, the budget of whom doesn’t have the funds to compensate small businesses, merchants, day laborers and cleaning ladies.

The litmus test of Erdogan’s true intentions will arrive in a few weeks, when clogged hospitals will force him to lock down the economy again. If he fails to do so, Turkey will lose the summer tourism season, where $20 bn of income is at stake.

Will he shut down dissent and grumbling with the power of state coercion?   Will his loyal followers stand for it?