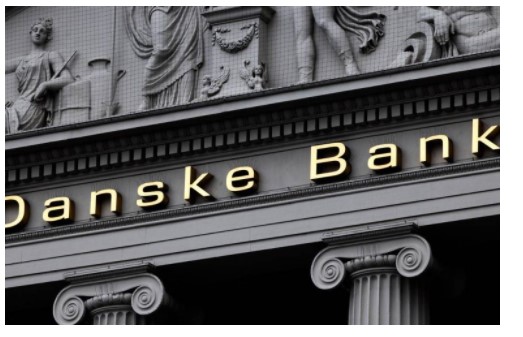 The case for stagflation

A key factor behind this scenario is that supply constraints like labour shortages and supply chain problems persist for longer than expected, reducing potential output and resulting in further rising wage pressures, possibly spilling into higher inflation.

While we think central banks will be patient with regard to reacting to the high inflation (especially given the weak underlying economic momentum), we think they will ultimately tighten monetary policy to avoid a de-anchoring of inflation expectations, with the Fed tightening faster from 6M-24M and the ECB taking action in H2 22 if inflation  pressures stay elevated in H1 22.

Outlook for Euro/dollar and EM

Although EUR/USD is not directly affected by e.g. considerations of dollar debt, the market would be very likely also to reprice spot lower. The channels one could consider in this would in part be 1) rising global uncertainty, 2) a strong rise in short-end US real rates, 3) historical evidence, where dollar shocks have often been substantial and abrupt once they get going – e.g. in 2014/2015 where EUR/USD dropped from nearly 1.40 to 1.05 (almost 30%) in less than a year. In the base case where the Fed fully recognises the inflationary trends and equally responds to this, we see EUR/USD around 1.13 in a few quarters. If an even more stagflationary outlook is present, requiring more Fed action and adding a further gloomy market environment in e.g. equities and EM, we would expect EUR/USD to drop towards 1.05 or similar.

Monetary policy tightening in the US is one of the most acute risks for emerging markets, alongside protracted local epidemics and a fragile global recovery. In 2013, several EM currencies plummeted as a result of Ben Bernanke’s speech that came to signal an abrupt end to ultra-loose monetary policy in the US. This time around, the markets could be better prepared, but the risks are real, and some EM countries are more vulnerable than others.

In our base case scenario, a Fed tapering announcement would push US yields higher, strengthen the dollar and unwind the positive terms of trade shock from rising commodities to exporters of natural resources. As a result, servicing USD denominated debt would become more difficult across the EM. Countries with high debt and large deficits would be the most exposed, since they have large refinancing needs. Furthermore, many EM countries have exploited the low rate environment by issuing more short-term debt during the pandemic to cover for the pandemic-induced rise in budget deficits, which means they will face refinancing needs sooner rather than later.

Some indebted countries are, however, more resilient than others, as they have higher foreign reserves or a current account surplus.

Overall, in the base case, countries like Turkey and Hungary with low FX reserves and a high share of foreign debt could be more vulnerable to a currency depreciation than countries like China and Russia that have improved their trade position while also having better reserves coverage. The most vulnerable region remains Latin America (Argentina, Colombia and Chile in particular), where high absolute levels of debt, large external financing needs and a large commodity exporting industry could create trouble.