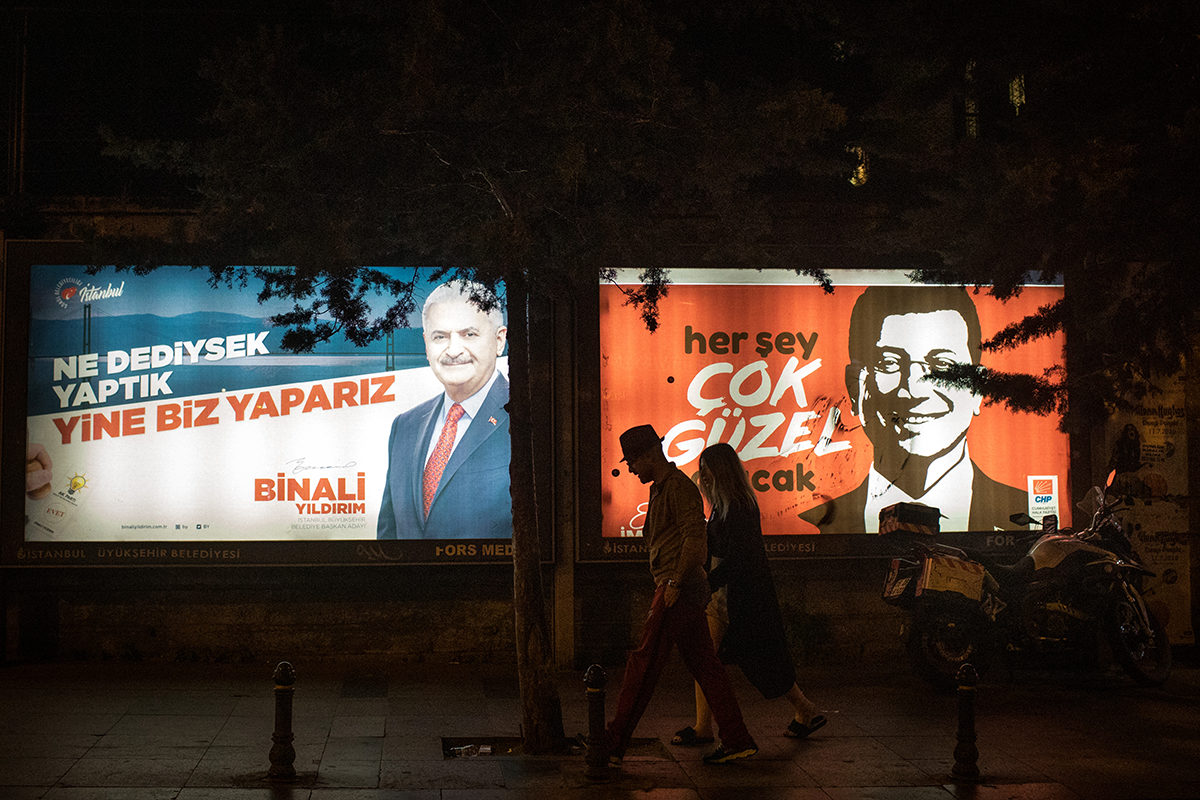 This paper is part of the series Turkish Views: Crisis and Opportunities for Turkey in 2023. All of the papers will be available on the series landing page as they are released throughout the month of October. by Seren Selvin Korkmaz

Turkey has undergone a major economic, social, and political transformation during the two decades of Justice and Development Party (Adalet ve Kalkınma Partisi, AKP) rule. Despite its early democratization efforts during the European Union (EU) accession negotiations and various political and judicial reforms, the AKP has since become the main driver of rising autocratization in Turkey.

Turkey is now categorized as a “competitive authoritarian” regime,1 where elections are held regularly but the competition among political parties is not free and fair. These regimes have ostensibly democratic elements: Opposition parties occasionally win or almost win elections; there is fierce political competition; the press may publish diverse opinions and statements by opposition parties; and citizens can organize protests.

However, upon closer inspection, cracks soon appear in the democratic facade: Opponents of the government are stifled via legal or illegal means; independent judicial bodies are controlled by pro-government officials; state funds are used for election campaigns without proper oversight; election rules are changed to favor the government and elections may even be rigged; and press freedom and freedom of expression come under pressure. When these measures fail to deliver an outcome that satisfies the ruling party, members of the opposition may face targeted violence or imprisonment — an increasingly common reality for the Turkish opposition since 2007. Therefore, any opposition victory depends on its ability to successfully develop new ways to mobilize under these difficult conditions.

In competitive authoritarian regimes, opposition parties have a higher chance of winning elections if they form an electoral alliance. President Recep Tayyip Erdoğan has thus far enjoyed a fragmented opposition and utilized polarization to cement divisions. However, the introduction of a hyper-presidential system following the 2017 referendum and Erdoğan’s 2018 election victory have provided the necessary impetus for the opposition parties to form an alliance. As Turkey experiences a biting economic crisis, polls indicate that voter support for the opposition parties is a threat to Erdoğan and his ally, the Nationalist Action Party (Milliyetçi Hareket Partisi, MHP).

During its first term, the AKP took steps toward democratization by passing political and judicial reforms. However, during its second term, the party began to consolidate control over political institutions and the bureaucracy.2 There were already problems regarding judicial independence, but instead of fixing the system, the AKP took politicization of the judiciary to a whole new level. The constitutional reforms ratified in a 2010 referendum significantly undermined judicial independence and increased the government’s influence over the judiciary

The opposition actors and alliances have also changed throughout the dynamic autocratization process, searching for new strategies and approaches while navigating the slippery terrain of politics. Just as some opposition actors or parties have chosen to build alliances with the AKP, some of the ruling party’s former allies have also joined the opposition’s ranks. As the opposition struggled to operate within an increasingly polarized political landscape and survive amid a crackdown on fundamental freedoms, at times it fell into the pitfalls of polarization while mobilizing voters to amass some political power.

In the current system, the opposition needs the support of People’s Alliance voters to secure victory, which requires a different approach. In the 2019 municipal elections, the opposition managed to attract diverse groups of voters with its positive campaign strategy entitled “radical love.”11 Despite all of Erdoğan’s attempts, the opposition managed to avoid the pitfalls of polarization. Rather than targeting Erdoğan and the AKP or responding to their accusations, opposition candidates in the local elections focused on their own projects and explained their desire to represent all residents of the city.

This is the biggest challenge for the opposition in the run-up to 2023: embracing an inclusive discourse that attracts supporters of the ruling bloc while keeping its own voters satisfied.

The populists in power have given one clear message to their voters: “If I lose, you lose. If I go, there will be chaos and crisis.” By contrast, the opposition has focused on steering outside the ruling bloc’s established political grounds, creating new areas for discussion that often lead the AKP astray. For example, by proposing real solutions to everyday problems, instead of emphasizing polarizing identity politics, the opposition has been able to set the agenda, forcing Erdoğan to follow its policy proposals on pressing economic issues, like raising the minimum wage and canceling interest on student loans. It’s not easy to maintain this, however.

Although the opposition appears to agree on its strong alliance strategy, there are significant challenges ahead.

First, in the midst of a deep economic crisis, Erdoğan and his party have struggled to appeal to their voters; hence they will stick to polarization strategies to divide the opposition. …

Second, with the increase in opposition parties and their ideological differences, compromising on certain issues will become more difficult. Furthermore, as the AKP loses power, opposition parties may believe that they can win under any circumstances, leading them to compete against each other instead of cooperating with one another.

Third, the opposition seems to have three possible candidates for the presidency: Kemal Kılıçdaroğlu, the leader of the CHP, and the mayors of Istanbul and Ankara, Ekrem İmamoğlu and Mansur Yavaş. The process of choosing the candidate to face Erdoğan opens up the opposition to internal division and polarization.

Last, by introducing amendments to the election law in March 2022, the AKP and the MHP aimed to divide the larger opposition alliances.

Potential Scenarios for the 2023 Elections

A scenario in which the opposition loses both the presidential seat and the parliamentary majority will mean a looming risk of further autocratization in Turkey. …

If the table of six only wins the presidency, a defeat for Erdoğan still means a huge blow to the ruling bloc, and the opposition may then move toward democratization through parliamentary negotiations with the AKP. …

If the opposition only wins a parliamentary majority, Erdoğan will once again solidify his image as an “invincible leader.” …

If the government loses both the presidential seat and a parliamentary majority, it can always resort to electoral fraud. The electoral law amendment contains provisions that could jeopardize election security.

Seren Selvin Korkmaz is a political analyst and the executive director of IstanPol Institute, an Istanbul-based think tank. She is also a doctoral researcher at Stockholm University Institute for Turkish Studies and teaches Turkish and Middle Eastern politics. In addition, she is a Non-Resident Scholar with the Middle East Institute’s Turkish Studies Program and a Marshall Memorial Fellow at the German Marshall Fund of the U.S.