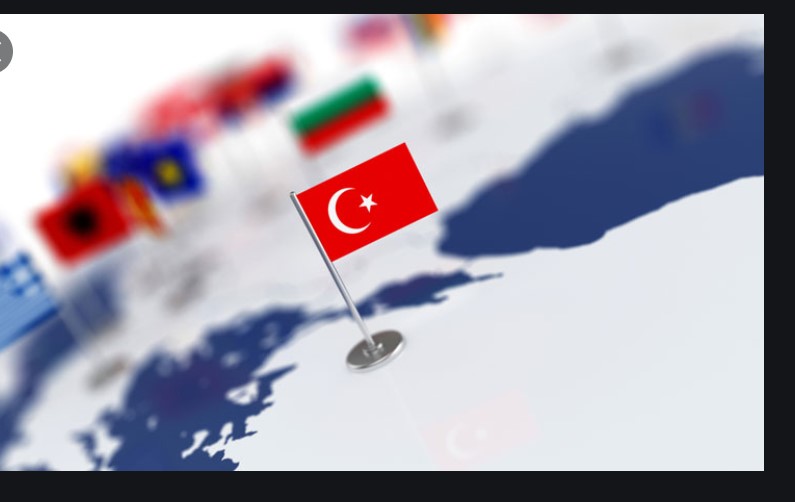 Turkey is buckling down for a three-week full lockdown beginning Thursday, as a third wave of coronavirus cases hits the country’s health-care system, reported Natasha Turak at CNBC.com.

The lockdown could rob up to 2 percentage points from annual GDP, wrote PATurkey editor and columnist Atilla Yesilada at sister website  Paraanaliz.com.  Turkey’s April Economic Confidence Index dropped by 5.5% MoM, according to Turkstat data.  Tourism, brick-and-mortar retail, dining and entertaining are at jeopardy of losing another year.

The country of 82 million had until this point managed to avoid a full lockdown, imposing a variety of partial restrictions that brought its average daily case count down to 6,000 by February. But a loosening of those restrictions in March unleashed a new wave of infections that have given Turkey the highest daily case rate in Europe, hitting more than 60,000 registered cases per day in late April.

The government is requiring all businesses to close unless granted an exception by the Interior Ministry, forbidding intercity travel without authorization, and moving all schooling online. Supermarkets can remain open except for Sundays.

Turkey has so far reported more than 4.7 million cases of the virus and over 39,000 deaths since the pandemic began, a relatively low death rate of 0.8% which officials say is owed to the country’s strong health-care system.

But as the new surge continues to spread, residents fear the economic impact of the lockdown on a population already battered by high inflation, rising unemployment and a dramatically weakened currency.

The lockdown will “destroy the people who want to earn money for their beloved ones as the economy was hit terribly even before corona,” Eyal, an Istanbul native working in the tourism industry, told CNBC.

“As a person in the tourism field, we are also struggling because of the badly managed corona situation by the government as after (the lockdown announcement) there were cancellations of the very few reservations we had,” Eyal said, withholding his last name due to fear of government reprisal.   Earlier, industry insiders told Turkish press that with $15 bn outstanding loans to banks and promised full vaccination of 2 mn strong industry workers delayed indefinitely, the outlook appears grim.

Tourism accounts for 7.7% of Turkey’s employment, according to the Organization for Economic Cooperation and Development. In 2019 it saw record high tourism revenue, before dropping a whopping 72% in the first 11 months of 2020, Reuters reported in November.

President Recep Tayyip Erdogan said Tuesday that without harsher restrictions and slowed infection rates, there would be a “heavy price” paid for tourism, education and trade. He aims to bring daily infections down to 5,000. Daily recorded cases stood at 40,444 on Wednesday, according to data compiled by Johns Hopkins University.

Bus stations in Istanbul have been crowded with travelers trying to get out of the city ahead of the lockdown, something that many Turks fear may only make things worse.

“This curfew could be the only solution to decrease the new cases, but almost all the people who have the money did not want to stay in Istanbul,” Eyal said, describing an exodus to other parts of the country, which he worries “will increase the new cases instead of decreasing.”

Erdogan has also come under fire for hosting crowded events, like a massive gathering for his political party’s congress in late March which saw thousands of people packed into a 10,400-capacity sports complex, shirking Turkey’s social distancing rules.

“I am feeling as terrified as when I watched the big gatherings in indoor places by the government with no sense,” Eyal said. “There is a little bit of support from the government, almost nothing, and there are more and more jobless people and I worry for them.”

The office of the Turkish presidency did not immediately reply to CNBC’s request for comment.

“It’s not the lockdown itself that is frustrating, but the poor execution,” one European expatriate living in Istanbul told CNBC, speaking anonymously due to concerns over state reprisal.

“Whenever case numbers seem to be going down, the restrictions get lifted prematurely, which happened not too long ago. Case numbers were finally under 5,000, so they allowed all bars and restaurants to operate, which caused the biggest spike we’ve had yet,” he said.

Another government policy has also chafed many Turks and residents: a lockdown ban on alcohol sales from April 29 until May 17.

“The most infuriating thing is probably the alcohol ban,” the expat resident said, adding that “this has caused an outrage among secular-leaning Turks, saying that the government has no right to involve themselves with a person and what they drink at home.“

Light at the end of the tunnel?

The lockdown “comes at a bad time for Turkey,” said Agathe Demarais, global forecasting director at the Economist Intelligence Unit. Turkey’s inflation is at 15%, youth unemployment is at 25% and the Turkish lira has hit record lows against the dollar in the last several months.

The EIU expects Turkey to have vaccinated the majority of its adult population in the first half of 2022, which would put it in the same category as Canada, Australia or South Korea.

EIU’s projections mean that the lucrative summer tourism season expected to generate $20 bn vs $10 bn in 2020 could be lost for all means and purposes.

IMF ranked Turkey as the country with the lowest per-capita spent on Covid-19 mitigation, which compounds the misery, as well as feeding back to domestic demand.

After growing 1.8% in real terms, Turkeys GDP could spend another slow year under the clouds of Covid-19, which could lead to a political earthquake.  With population growth swelled up by refugees estimated at around 1.5%, 1.8%   GDP growth translates into disposable income stagnation for two years in a row, a record for 19-year old AKP administration.