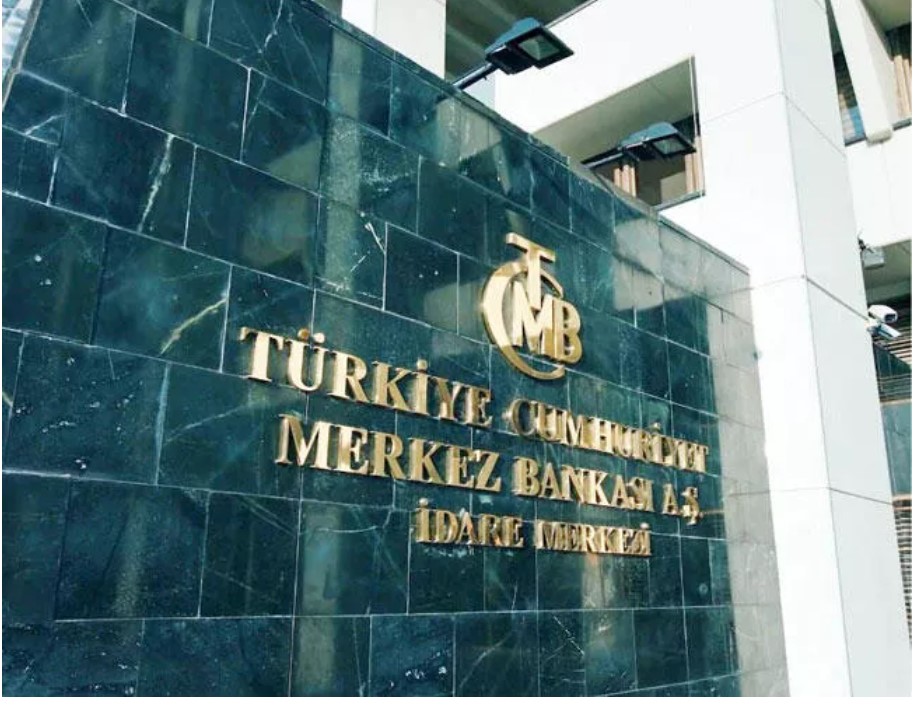 CBRT kept 1-week repo rate (policy rate) stable at 14%, as expected, for the forth meeting in a row. The decision was in line with the consensus expectations. The MPC downplayed the permanence  of inflation once again, heralding its new fcosu as efficient allocation of domestic credit to export-orinted sectros.  Yatrim Finans note on the meeting claism the decsions will be poorly received in the financial markets.  Turkey’s CPI could peak at 70% mid—year, decerlatign only to 45-50% by year-end  depending on the  analyst. CBRT’s own monthly survey of participants reveal detoriarating inflation expectations over 12-24 month horizons, all the way up to 10 year.

It added that CBRT decided to strengthen the macroprudential policy set.  “Expectation for 2022 excluded from the text. Despite most of the messages being similar with the previous one, there were some differences in the press release. First remarkable point was that Elif Haykır Hobikoğlu, one of the MPC member, did not participate in the meeting.

On global economic outlook, “Concern over global food security” phrase was added to the text as the phrase of “the variants” excluded. Despite the recent global monetary policy developments, the CBRT continued to keep the following phrase without any change: “… while monetary policy communication of central banks in advanced economies varies with their diverse outlook for economic activity, labor market and inflation expectations, they still continue their supportive monetary stances and asset purchase programs at a slower pace.”

The emphasis on “more robust external demand” on domestic economic activity also deserved attention. The most remarkable message in the text was “… the Committee decided to strengthen the macroprudential policy set.”. There was not any other detail in this context. This phrase was added just after “The Committee also assesses that the credit growth including the long-term investment loans and targeted usage of accessed funds for real economic activity is important for financial stability.”

Most of the messages on the inflation outlook remained unchanged. On the other hand, exclusion of “supply constraints” and “demand developments” from the drivers of the recent increase in inflation deserved attention. Instead, the CBRT added “… strong negative supply shocks caused by the rise in global energy, food and agricultural commodity prices”. This could be seen as a sign of slower domestic demand when we take into account the emphasis on the external demand on the economic activity. Despite the ongoing deterioration on the inflation outlook/expectations and increasing risks, the CBRT continued to keep the following phrase as unchanged: “While cumulative impact of the recent policy decisions is being monitored, to create an institutional basis for sustainable price stability, the comprehensive review of the policy framework continues with the aim of encouraging permanent and strengthened liraization in all policy tools of the CBRT.”. This phrase was firstly seen in the text of December (16) 2021 MPC meeting press release.

Despite the CBRT’s decision is in line with the market expectations, potential impact on inflation and Lira assets could be negative. Short term market reaction could be Neutral due the decision being in line with the expectations. However, we believe that the unresponsive policy stance of the CBRT despite current elevated levels of the inflation outlook, increasing risks, deterioration on pricing behaviors/expectations, shifts in the global monetary policy environment (especially Fed) and deepening negative real returns could negatively impact inflation outlook and investor appetite on TL assets.

Sign for macro prudential actions could be credited  to the full side of the glass. However, the potential support to the inflation outlook from the possible actions is uncertain due there was not any detail and the message was given just after long-term investment loans. The CBRT would release the 2nd Inflation Report of the year on April 28 with a press conference. Potential forward guidance messages during the conference would be important. Next MPC meeting would be held on May 26.