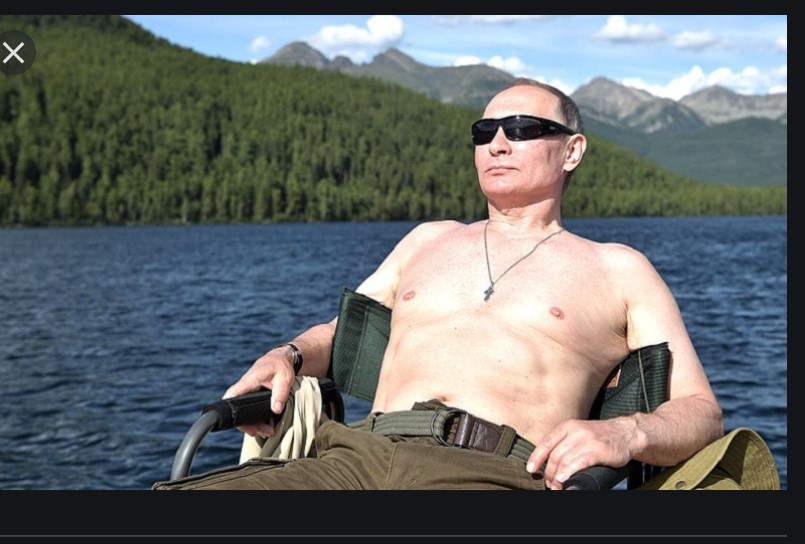 As in previous years, Putin’s state of the nation address targeted both domestic and international audiences.

Domestically, it set the tone for the upcoming Duma elections in September. Putin addressed the consequences of the coronavirus pandemic, called on people to get vaccinated, optimistically talked about herd immunity being reached by this fall, and emphasized the importance of healthcare.

He also promised infrastructure projects across Russia—effectively a rallying call to regional elites in charge of securing the regional vote for the Kremlin’s party United Russia—and higher social spending ahead of the elections.

His message to international audiences was not new either.

Nobody expected him to spell out what the ongoing substantial military buildup near the Russian-Ukrainian border and in Crimea is ultimately about. But it is important to note what else he did not say in his speech. He did not call for the recognition of the so-called Donetsk and Luhansk People’s Republics, which would have been an indication of a plan to further integrate these territories into Russia.

Nor did he elaborate on plans to pursue deeper political integration with Belarus.

In contrast to the annexation of Crimea in 2014, Russian public opinion is more skeptical when it comes to the costs of the war in Donbas or a potential greater involvement in Belarus.

In his speech, Putin only went as far as drawing a parallel between Belarus and Ukraine, presenting the developments in Ukraine since the Euromaidan 2014 protests as a scenario that can follow in the wake of foreign “provocations.”

Speculation continues about Russia’s primary intentions behind the large-scale military buildup near Voronesh and in Crimea.

Recently added logistics and medical facilities have increased concerns that military action is part of the Russian plan. Unlike in 2014, there is nothing covert about Russia’s military preparations. On the contrary, the Kremlin wants Ukraine, the United States, and the EU to see very clearly what its capabilities are.

The immediate goal is to increase the pressure on the government in Kyiv and, in particular, on Ukraine’s President Volodymyr Zelenskiy, who has not proven as cooperative or malleable as the Kremlin had hoped.

The buildup of troops is also a signal to the new U.S. administration, which has openly criticized Russia and introduced a new sanctions regime, about Moscow’s military capabilities and undeclared intentions.

Moreover, it serves to shine a light on the EU’s struggles in formulating an effective and united policy with respect to Russia.

Beyond signaling and threatening, however, Russia is bound to have prepared for different military scenarios. Spreading uncertainty is an essential part of Russia’s policy.

The EU has once again failed to react swiftly with a clear message to the Kremlin.

In addition to rhetorical condemnations of the military buildup, a commitment to additional personal sanctions against politically influential individuals with financial assets abroad and a stop to, or at least a moratorium on Nord Stream 2 in case of a military escalation are overdue.

The issue of a NATO Membership Action Plan for Ukraine is a non-starter for the moment, as the lack of a consensus inside NATO in favor of Ukraine’s membership is blatantly obvious to all, including Putin.

U.S. President Joe Biden has combined new sanctions in connection with Russian interference in the U.S. elections with an offer to meet Putin. By doing so, he is adhering to the lesson learned from international sanctions regimes: they tend to work better if they are accompanied by continued dialogue.

On his trip to Paris last week, Zelenskiy met with French President Emmanuel Macron and—virtually—with German Chancellor Angela Merkel. He called for a Normandy summit, which was instrumental in implementing a fragile ceasefire in Donbas in July 2015.

This would be the natural forum to commit to de-escalation and a new ceasefire along the contact line. But it seems doubtful that Putin will agree to such a meeting at this point.

The Kremlin advised Zelenskiy to meet Putin at the line of contact—to which Zelenskiy replied that there is no need to meet there as he regularly visits the line, but challenged Putin to a meeting anywhere else in the “Ukrainian Donbas”.

The flurry of proposed meetings, whether realistic or not, suggests at least a baseline realization that the current situation can only be defused through talks.

With a military buildup nearby and the possibility of further escalation, the everyday lives of the local population in the non-government-controlled territories and those living close to the contact line on the Kyiv-controlled side tend to be overlooked.

The locals are forced to make pragmatic choices to adjust. The longer the war lasts, the more these pragmatic choices will reorient local residents toward Russia. For this to happen, Russia does not need a military escalation. But the latter can nevertheless not be excluded.

Gwendolyn Sasse is a nonresident senior fellow at Carnegie Europe and director of the Centre for East European and International Studies (ZOiS) in Berlin.