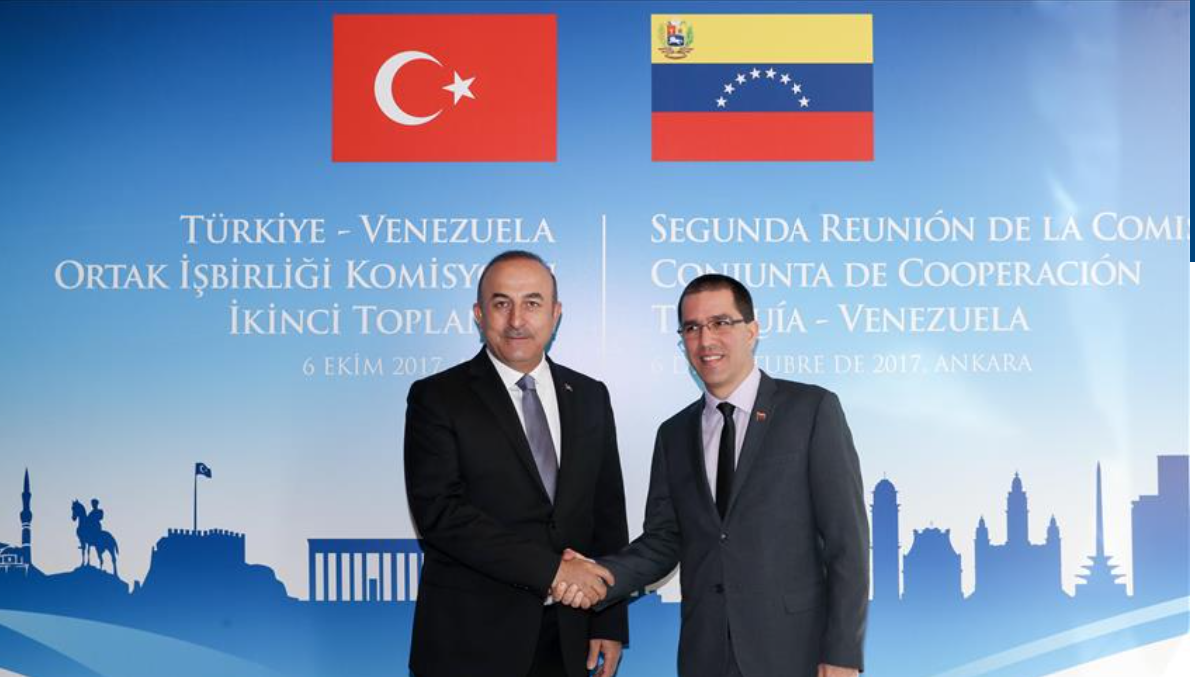 Cape Verde’s constitutional court issued a ruling on September 7 paving the way for the extradition of Alex Saab, a U.S.-designated Colombian-born businessman whom U.S. prosecutors indicted in 2019 for facilitating the Nicolás Maduro regime’s sanctions evasion and bribery schemes. Saab’s extradition to the United States and trial in a Miami court could expose further details of not only Venezuelan but also reported Turkish schemes to evade U.S. sanctions.

Cape Verdean authorities arrested Saab in June 2020 on a U.S. warrant when his private jet landed to refuel on the West African island while en route to Iran, reportedly to exchange Venezuelan gold for Iranian gasoline and other oil products. Saab’s lawyers later claimed that he was on a mission to Iran as Maduro’s special envoy and should therefore enjoy diplomatic immunity, but their repeated appeals have failed to free him.

The United States and its allies have targeted the Maduro regime with a wide range of sanctions. In November 2018, President Donald Trump issued an executive order prohibiting U.S. citizens and entities from financial involvement in the Venezuelan gold sector. The following March, the U.S. Treasury Department sanctioned Venezuela’s state-owned gold mining company, Minerven.

In December 2018, during a visit to Venezuela, Turkish President Recep Tayyip Erdogan slammed Washington’s Venezuela sanctions, which the Turkish leader was already helping Maduro to evade. Saab was central to an arrangement in which Caracas shipped gold to Ankara in exchange for food to be distributed to regime loyalists as part of a corrupt subsidy program. Bloomberg described the agreement as “a multilayered scheme built on a foundation of criminality.” In practice, the gold-for-food exchange resembles Erdogan’s earlier gas-for-gold scheme that allowed Tehran to circumvent U.S. sanctions at the height of Washington’s efforts to thwart the Islamic Republic’s nuclear ambitions.

In 2018, an Istanbul company established shortly after Maduro’s October 2017 meeting with Erdogan in Ankara helped the Venezuelan regime move $900 million worth of gold to Turkey. Venezuelan authorities stated in July 2018 that they started refining gold in Turkey to avoid the risk of asset seizures in Switzerland, which cooperated with U.S. authorities. In January 2019, Tareck El Aissami, then Venezuela’s minister of industries and national production — known for his links to Iran and Hezbollah and for being sanctioned by the U.S. Treasury Department “for playing a significant role in international narcotics trafficking” — visited gold refineries in Turkey.

Erdogan’s defiance of U.S. sanctions against Venezuela triggered Washington’s pushback. In January 2019, Marshall Billingslea, then Treasury’s assistant secretary for terrorist financing, cautioned, “We are looking at the nature of Turkish-Venezuelan commercial activity, and if we assess a violation of our sanctions, we will obviously take action.” Six months later, Treasury designated Istanbul-based Mulberry Proje Yatirim, owned by an associate of Saab, for facilitating payments made as part of a “corruption network for the sale of [Venezuelan] gold in Turkey.”

Speaking at a Foundation for Defense of Democracies panel the day before the sanctions were announced, then-State Department Special Representative for Venezuela Elliott Abrams said, “Venezuela has to go to places willing to trade gold illegally – that’s Turkey and Iran.”

Saab’s extradition from Cape Verde, combined with ongoing U.S. efforts to extradite the Turkish money laundering suspect Sezgin Baran Korkmaz from Austria, could help expose an extensive and interconnected web of Iranian, Turkish, and Venezuelan illicit financial dealings. Investigative journalists have alleged that Korkmaz and his associates have connections to the Maduro regime and reportedly chartered flights for the Venezuelan minister El Aissami.

If both Saab and Korkmaz turn state’s witness in U.S. courts, they could provide evidence of how Ankara, Caracas, and Tehran have colluded over the years to undermine U.S. sanctions and threatened the integrity of the global financial system by providing a safe haven for money launderers.

Author Aykan Erdemir is a former member of the Turkish parliament and senior director of the Turkey Program at the Foundation for Defense of Democracies (FDD), where he also contributes to FDD’s Center on Economic and Financial Power (CEFP). For more analysis from Aykan, the Turkey Program, and CEFP, please subscribe HERE. Follow Aykan on Twitter @aykan_erdemir. Follow FDD on Twitter @FDD and @FDD_CEFP. FDD is a Washington, DC-based, nonpartisan research institute focusing on national security and foreign policy.