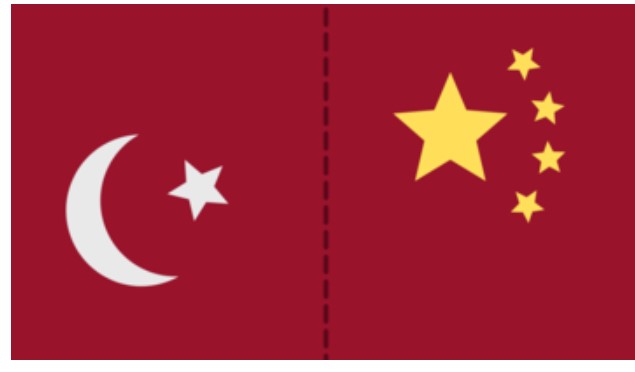 With 50 years of diplomatic relations between Turkey and the People’s Republic of China celebrated in August, the relationship between the two nations deserves a closer look.

Despite their geographical remoteness, Turkey and China have maintained a close relationship in the past and experienced similar historical changes.

Both their long-standing empires dissolved in the 19th century and both were forced into a semi-colonial situation by Western imperialist powers. As the Ottoman Empire’s power waned, Britain seized the opportunity to make the empire sign the Balta Liman Treaty in 1838 and gain greater advantages. For the Ottoman Empire, this unequal treaty was what the Treaty of Nanjing signed in 1842 was for China, when Britain forced China to make tariff concessions, cede Hong Kong and suffer other losses. Both these unfair pacts saw most of the restrictions on foreign trade removed and the privileges of foreigners considerably expanded, both in the Ottoman Empire and China.

Also, the subsequent transformation of both countries from an empire into a modern country is another similarity between them. 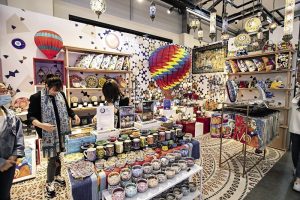 An import commodity exhibition in Shanghai displays nearly 10,000 special products from 40 countries and regions around the world, creating an immersive culture and shopping experience for locals and tourists. Visitors are trying on scarves at the Turkish booth, on May 1, 2021.

Diplomatic relations between the two modern nations were established in 1971, and bilateral official visits started to increase in the 1980s; however, China’s economic, political, and social visibility in Turkey took much longer, commencing only at the end of the 1990s.

In Turkey, Chinese classic documents were the main resources for learning about history. When the Ankara University established its Sinology department in 1935, one of the main expectations was to use Chinese sources for expanding Turkish knowledge of history.

Till the mid-1990s, the orientation of Sinology or history departments in Turkey and studies on the Chinese language and related theses was to explore Turkish history and culture via Chinese sources.

However, from the second half of the 1990s, a quantitative increase occurred, and in the 2000s, an important leap was witnessed. At the end of 1999, there were only 33 theses related to China. Today, this figure has increased to almost 300, an almost tenfold increase in the last two decades. Besides the quantitative increase, the research areas have been diversified, covering areas like economy, international relations, and China-Turkey relations.

Moreover, Turkish studies centers have been established in China, starting with the first one launched in Shanghai University in 2013. The most recent one was opened at the Zhejiang International Studies University in east China in 2020. In Turkey, four Confucius institutes are currently active, with new ones expected in the near future. However, there is no Yunus Emre Institute in China yet. Named after the 14th-century poet Yunus Emre, the Yunus Emre Institute was established by the Turkish government in 2007 to promote the Turkish language and culture around the world, and is now functioning in over 45 countries. That could be one of the focuses for bilateral cultural cooperation in the near future.

The limited exchanges between Turkey and China stem not from geographical distance but the distance in the minds of the two nations. The fundamental challenge is that two nations do not know each other well. Perceptions based on superficial information, preconceptions, and the lack of mutual deep understanding are the basic problems that need to be overcome. The main reason for this is dependency on third parties for academic knowledge, information, and news in general about each other.

The two nations know each other not directly but via a third party in general. Turkey and China generally receive news, information, and academic knowledge about each other through English or other Western sources, which can reflect biased views.

The main source of China-related news for the Turkish media is the Western news agencies. This is also true for China’s information or knowledge of Turkey. Third-party dependency leads to a reproduction of Western world values and perceptions on China and Turkey.

In Turkey, the relations between the two countries are considered overwhelmingly in terms of trading. To some extent this is understandable as Turkey has a growing trade deficit with China. However, without mutual in-depth understanding, even economic and commercial relations cannot be further developed. 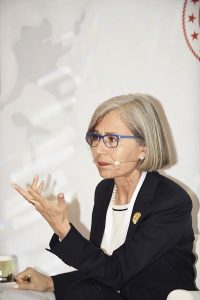 Seriye Sezen, the author of this article.

Both Turkey and China are facing this big task of developing mutual relations. They should shed prejudices and open their minds to each other. The Chinese and Turks should know and respect each other’s culture, traditions, sensibilities, concerns, way of thinking, and the way of living. Altering the perceptions of any nation is not easy; it needs patience and long-term policies.

The most important and productive action is investing in young generations. Their mentalities, opinions, and ways of thinking should be independently formed via mutual scholarships, exchange programs or joint academic activities. Cooperation between the two countries’ universities should be supported in order to improve independent and direct academic knowledge acquisition.

Cooperation on science and technology is also crucial as China has amazingly enhanced its capacity in this sphere. In 2020, China spent RMB 2.44 trillion (US $377.8 billion) on research and development (R&D), hitting a record high 2.4 percent of its GDP, second only to the United States. According to data from Tsinghua University, private funding for Chinese AI-related companies in 2017 stood at US $27.7 billion. It intends to become the world’s premier AI innovation center by 2030. Scientific and medical cooperation and sharing local experiences is especially vital now, with all countries combating the COVID-19 pandemic.

Contemporary social sciences based on Western interest, experience and terminology should be rebuilt independently. For this, not only China and Turkey, but all developing countries should cooperate. Both countries should receive news and information about each other through their own reporters working in Turkey or China, who are able to communicate with locals directly. Cultural and art activities should be increased to enable sharing thoughts and sentiments between the two nations. In this context, joint TV programs, documentaries, translation of literary works and broadcasting movies and TV series would serve to enhance cultural cooperation.

Tourism is an important way to break down biased perceptions, as by traveling, one can see and observe people directly. Before the pandemic, a growing number of Chinese were traveling abroad and Turkey was an important tourism destination. Accelerated tourism activities between the two countries would not only contribute to developing social relations but also help to balance Turkey’ trade deficit with China.

Last but not least, clarity and predictability of national policies is the most important factor for developing relations between the two countries. Long-lasting and stable mutual relations can be achieved only by consolidating mutual trust. The Belt and Road Initiative is an opportunity to bring both nations closer and to eliminate the gap in social relations. One of the cooperation priorities of this initiative is developing people-to-people bonds, strengthening cultural ties among the peoples of Belt and Road countries and winning their support for the initiative. The “Vision and Actions on Jointly Building the Belt and Road” policy document issued by the Chinese authorities in 2015 mentioned education, tourism, media, science and technology, and communication between parliaments, political parties, and think thanks as some of the possible areas for cooperation.

*SERIYE SEZEN is a professor at Ankara University’s Faculty of Political Sciences.

Republished with her consent