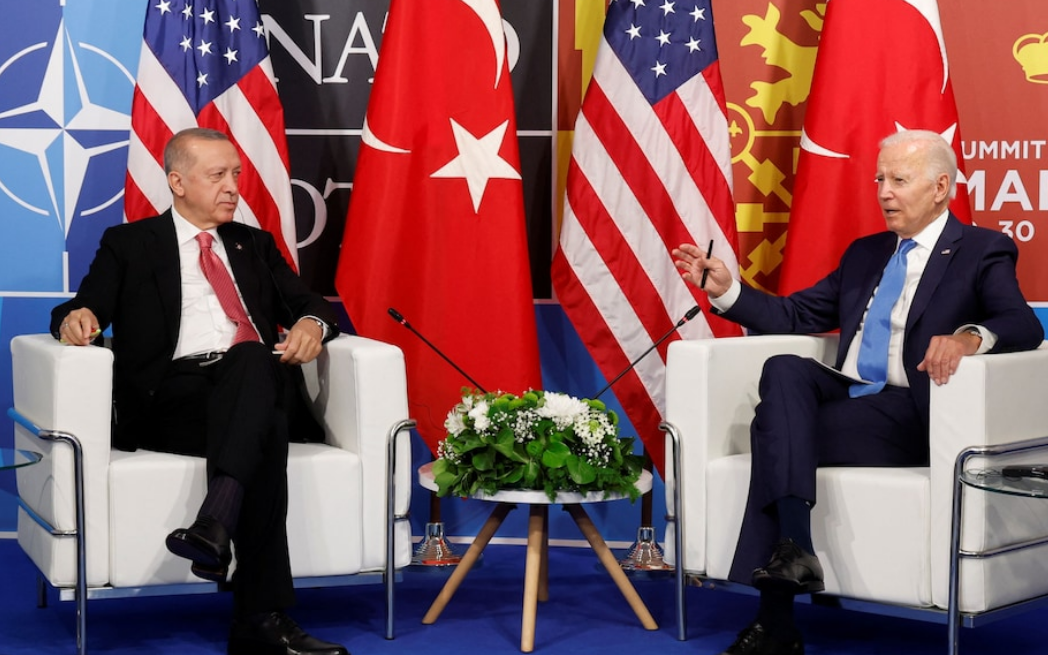 U.S. President Joe Biden and his counterpart Recep Tayyip Erdoğan on Nov. 15 discussed the Ukrainian crisis and the former thanked the Turkish president for his efforts that led to the resumption of the grain shipment following the resolution of the problem in the grain corridor between Russia and Ukraine, Türkiye’s presidency said.

The two leaders talked on the margins of the G20 summit in Bali, Indonesia, touching on several of the issues at the heart of the close, but often contentious U.S.-Turkish relationship.

Bilateral relations, particularly trade and security issues, were discussed during the meeting, the presidential communications directorate of Türkiye said. Biden offered condolences for those killed in the terrorist attack on Istanbul’s İstiklal Avenue, said the statement.

The key deal enables shipment of Ukrainian grain exports safely out across the Black Sea for world markets. The arrangement with Russia, which is attacking Ukraine’s Black Sea coast, is vital to helping stem disruptions to global food supplies but is set to expire on Nov. 19.

“Noting that the U.S. administration will continue to support the process regarding the F16s, U.S. President Biden described Türkiye as an important actor in Sweden’s NATO membership process,” it added.