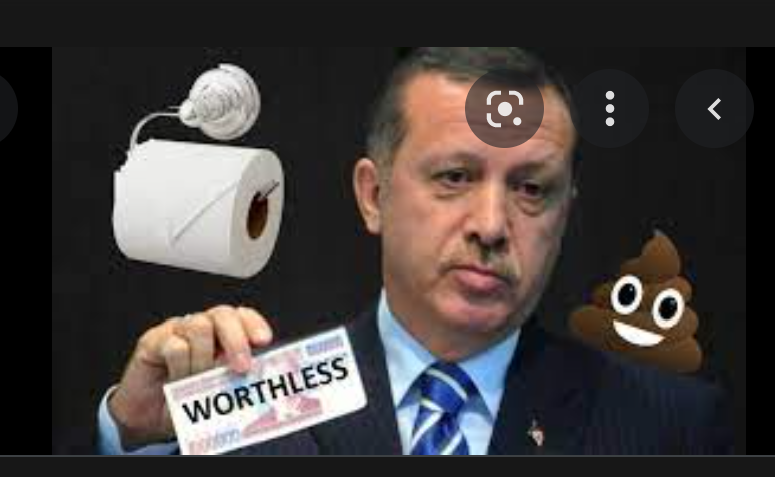 “We stopped the rise in the exchange rate,” President Erdogan bragged yesterday. Has the weakness in the exchange rate stopped? TL depreciated by about 30 percent against the dollar last year. It had also lost 44 percent of its value the previous year… However, the depreciation of the TL has indeed slowed down during the last few months. The dollar was at the level of 18.50 TL in September, it has increased by only 25 cents since then.
Did this happen thanks to benign dynamics of the economy itself? E.g., Inflation fell, price increases stopped, current account deficit closed? No, the current account deficit more than tripled last year. Inflation may be receding due to the base effect, but as you have observed in your own life, prices continue to increase. Moreover, consumer inflation, which is said to be moderating due to the base effect, is above 64 percent and producer price inflation is over 97 percent.
That’s why exporters cry out, begging the Central Bank to allow the exchange rate to increase as much as inflation. Because when this is not the case, that is, when the costs increase by 100 percent and the (dollar/TL) exchange rate increases by 30 percent, their competitiveness in world markets decreases significantly. As a matter of fact, there is a great decline in the rate of increase in exports. The growth of exports, which ranged about 10-15 percent in the first half of last year, decreased to 1-2 percent by the end. (Maybe the shrinkage has started, but it is not announced in the election environment.)

In other words, the stability of the exchange rate is not related to the dynamics of the economy. Then, what?
It is no secret that the value of the currency is no longer determined in the free market. Turkey switched to an interventional exchange rate regime, or managed peg. The economy management does not allow the dollar to rise above a certain level. How does it do this? Using the reserves of the Central Bank, of course.
Various sources, led by Bloomberg, claim that from the beginning of last year to October, more than $100 billion was sold to the market from reserves. The intervention continued after October. It is estimated that more than $2.5 billion was sold to the market on Wednesday and Thursday of last week alone.
Where does this “mill’s water” come from? From exporters, tourism professionals and “friendly” leaders. Exporters and tourism professionals are obliged to sell 40 percent of their foreign exchange income to the Central Bank within the scope of a Treasury regulation which came into force last year. That is big money for a country that exports about 250 billion dollars.
Meanwhile, Russia, Qatar and Saudi Arabia also support the Central Bank with fresh foreign currency injections. About $10 billion came from Russia last summer, when reserves were on the wane. But Putin’s main support was to delay Turkey’s natural gas payments.
BOTAŞ, which imports natural gas, used to purchase large amounts of foreign currency from the Central Bank for payments every month. It hasn’t been buying for the past six months. Bloomberg previously wrote that Ankara asked Moscow to delay gas payments for a year. The stopping of foreign currency sales by Central Bank to BOTAŞ indicates that this request was accepted. We are not talking about trifling sums here, it is estimated that $20 billion in due payments have been deferred.
In short, the Central Bank seems to have the ammunition to fulfill Erdogan’s promise “We stopped the rise in the exchange rate” (I think it would not be wrong to consider this as an election promise).
However, in a country that imports more than 350 billion dollars a year and has a short-term foreign debt of close to 190 billion dollars, keeping foreign currency under control is no different than standing on a wild horse at rodeos in America. The rider can fall from the horse in an instant, finding herself on her bottom.
This was the case in 2020, when the economy management of that period fixed the dollar at 6.85 TL for a long time with reserve sales, but lost the ropes in the middle of summer.