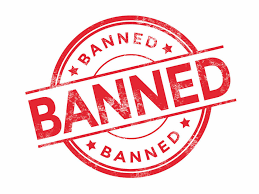 Turkey’s banking regulator set new definitions for currency manipulation in a statement released and got effective on Thursday.  The decision comes amidst the Turkish lira’s slide for the fifth consecutive day to historic low of 7.24 versus the USD as the investor worries mount about the pace of depletion in Turkey’s fx reserves through the central bank’s swap deals with the public banks as the latter has been selling hard currency to prop up lira.

As per the new regulation, banks’ trading in the foreign exchange market will be considered “manipulative” if the transactions are deemed to cause “misleading pricing” or keep asset prices abnormally high or low. The watchdog said that institutions conducting swaps, options and forward transactions, or other derivatives trading, with foreign entities, or providing liras abroad in a way that undercuts regulator restrictions will be considered to have manipulated the market.

The spreading of “misleading or wrong information on financing assets by mass media would also be considered manipulation”, the regulator said.

The introduction of such a definition could a lead to wide range of penalties imposed on those entities who forecast on the future course of the Turkish lira based on macroeconomic data; which is of course among the basics functions of making economic analysis.

The BRSA later in the day in an unexpected move also banned three foreign banks -Citibank, BNP Paribas, UBS- from fx trading citing they failed to meet their lira liabilities. Citibank and UBS happen to be the second and the thrid largest banks in the world in terms of fx trade.

The lira firmed to 7.11 per dollar following the news yet slid back to 7.17. It had weakened to 7.269 per dollar earlier on Thursday, levels that surpassed those seen during the peak of the 2018 currency crisis.

In fact, Turkish regulators have launched legal action against London-based financial institutions over allegations they bought large sums of foreign currency and then defaulted on Turkish lira liabilities to weaken the currency, state-run Anadolu news agency said on Thursday.

Anadolu did not specify which regulatory bodies had launched the action and did not name any banks or institutions facing the allegations.

Turkey’s central bank did not respond to a request for comment from Reuters. There was no immediate comment from financial authorities in London.

It is not the first time state media have blamed the lira’s volatility on foreign attacks. Such accusations were made during a 2018 currency crisis that wiped out some 30% of its value, and Anadolu said a similar incident happened in March 2019.

Anadolu, citing banking sources, said London-based financial institutions had mounted a “manipulative attack” against the Turkish lira, after trying to rapidly buy large sums of foreign currency with Turkish lira they did not have.

“It has been learned that regulatory authorities, which have identified the transactions in question, have taken legal action and launched proceedings, and that the foreign banks could face severe penalties and transaction bans,” Anadolu said.