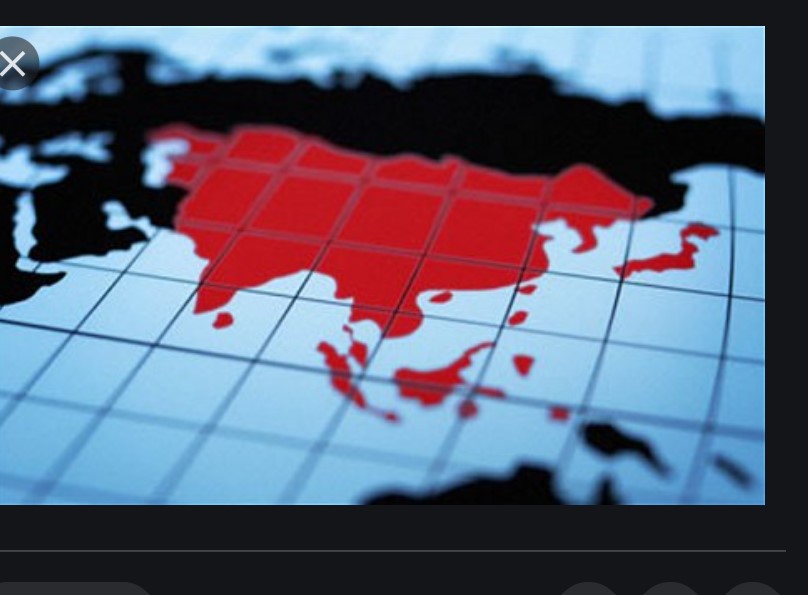 Several Asian countries are facing new coronavirus waves, with some struggling to keep up with some of the worst outbreaks since the beginning of the pandemic.

The big picture: While India accounted for half of the global infections this past week, per the World Health Organization, cases are surging in countries such as Nepal, Sri Lanka, Thailand and Cambodia, CNN reports, writes  Axios.    Surging cases  are likely to impair economic performance in a year, when catch-up is more important than ever, because led by Fed, reserve money Central Banks are not going to be as generous in terms of money printing in the following years.

“The Southeast Asia region reported over 2.7 million new cases and over 25,000 new deaths, a 19% and a 48% increase respectively compared to the previous week,” WHO said in a press conference earlier this week.

Nepal reported 9,700 new cases on Friday after having less than 500 in mid-April.

India’s close neighbours in South and Southeast Asia, home to more than a fourth of the world’s population with high population density and a great number of people living in poverty, have been overwhelmed by India’s deepening coronavirus crisis.

With a much weaker economy and healthcare system, the fierce new Covid-19 wave will deliver a “lethal blow” to the already fragile economy of India’s close neighbours, Chinese observers said, noting it may need 10 to 20 years for neighbouring countries to have their economies return to pre-pandemic levels.

While Thailand managed to keep infection numbers low in 2020, the country reported more than 2,000 new cases on Friday, compared to only 26 new cases just a month prior, per data from Johns Hopkins University.

India’s surge in coronavirus cases is having a dangerous effect on neighboring Bangladesh, with health experts warning of imminent vaccine shortages just as the country should be stepping up jabs and as more contagious virus variants are beginning to be detected.

On Saturday, health authorities said that for the first time, a coronavirus variant originally identified in India was found in Bangladesh, without providing further details. For weeks, South African variants have dominated the samples sequenced in Bangladesh. There are concerns that these versions spread more easily and that first-generation vaccines could be less effective against them.

“We need to act now and we need to act fast to have any hope of containing this human catastrophe,” said Alexander Matheou, Asian-Pacific regional director for the International Federation of Red Cross and Red Crescent Societies. “This virus has no respect for borders and these variants are running rampant across Asia.”

“We must do more to prevent this tragedy unfolding in India and across South Asia. All eyes are on India this week, but we must also consider what we may be facing in the coming weeks and how best to prepare for it.”

As the scourge spreads within and around India, the human tragedy is compounded by deepening human misery.

India’s biggest steelmaker expects disruption from the country’s brutal second wave of coronavirus to last until September as it slashes production because of oxygen shortages and shrinking industrial demand.

JSW is also struggling to vaccinate its staff, contract workers and their families, who together total about 1m people, as the country tries to overcome a shortage of jabs.

According to Bloomberg, Indonesia’s economy, the largest in Southeast Asia, contracted more than anticipated in the first quarter, with gross domestic product declining 0.7% from a year earlier, the fourth consecutive dip. That’s an improvement from a 2.2% slide in the previous period, but this would-be, V-shaped ascent is moving at a snail’s pace.

The Bank of Thailand warned that the current wave of infections jeopardizes its forecast for revival. The projection at risk is a pretty modest one, at 3% growth this year.

Malaysia’s central bank has raised the alarm as well. Reinstating lockdowns in key regions means that prospects are “tilted to the downside.” Malaysian GDP shrank 3.4% in the fourth quarter from a year earlier; economists project a small contraction in January-to-March figures to be released this week.