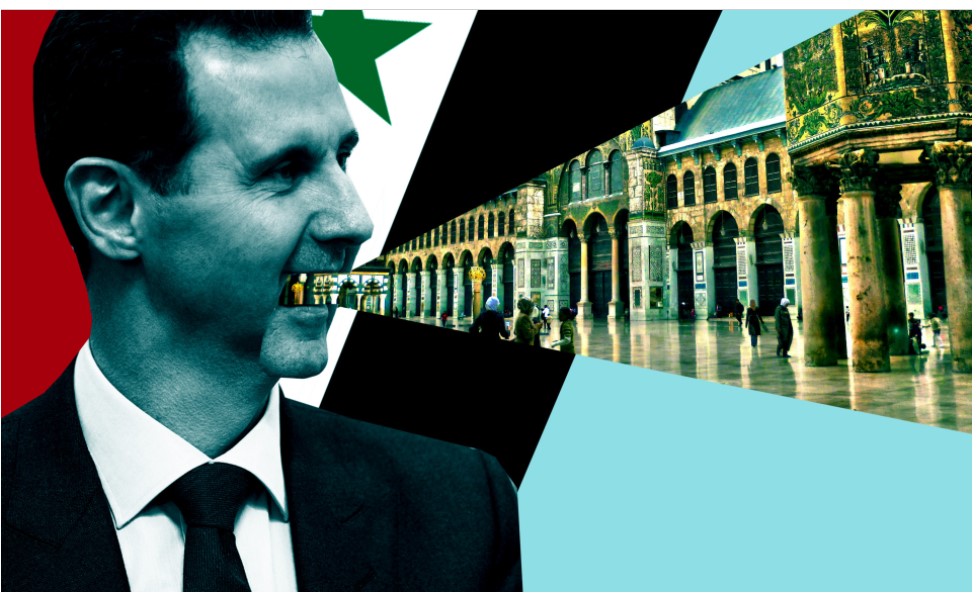 Foreign diplomacy focus in Ankara is gradually returning from impaired relations with US to Syria. There are two developments requiring urgent attention to Syria. First, Putin and Assad are putting pressure on Turkey to vacate the rebel-held province of Idlib. Secondly, poll after poll shows Turks resent Syrian refugees, the only way of sending them back being reconciliation with Assad.

While this opinion by Atlantic Council is targeted t EU policy in Syria, it provides important clues about Turkey’s options. Turkey either needs to get over her hatred of Syrian Kurds to cooperate closely with US to keep Northeast Syria from an Assad power grab, or re-engage with EU   to raise the costs of another Assad Idlib campaign.

A certain unease has gradually set in between Washington and European capitals still concerned with the Syrian issue. There are several sources for this.

Syria does not constitute a priority for the Joe Biden administration, which has sent mixed signals about implementing Caesar Act sanctions. As of September 8, the administration has shown willingness to grant waivers that would allow the transit of Egyptian gas to Syria at a profit for Lebanon.

The Biden administration also doesn’t appear to be actively discouraging its Arab allies from restoring diplomatic ties with Damascus. The trend towards normalization with Damascus is welcome to some European countries—such as Hungary, Greece, and Austria—wishing to restore ties with the Assad regime.

Another source of concern is a legacy issue of the Barack Obama administration, which provided the core of the Biden administration’s staff. The Europeans always suspected President Obama of sacrificing Syria to make a nuclear accord with Iran and seeking a deal with Russia over Syria above all else.

Viewed from Europe, the same drive towards an agreement with Russia was at work in the cross-border mechanism delivering humanitarian aid. In July, Washington went very far in its concessions to Moscow to secure United Nations (UN) Security Resolution 2585, allowing the final UN border crossing into Syria from Turkey to remain open so that humanitarian aid delivery to non-regime-controlled areas could continue.

Against this background, the retreat from Afghanistan is yet another source of unease. The fear is that the American policy of “ending the forever wars” will naturally be applied to US forces still operating in northeast Syria. For now, US officials are assuring their European counterparts and contacts in the Kurdish-led Syrian Democratic Forces (SDF) that this is not the case. Unlike the massive American engagement in Afghanistan, the operation in Syria is small-scale (roughly nine hundred troops) and sustainable, justified by the necessity of preventing a resurgence of the Islamic State of Iraq and al-Sham.

We must take these assurances seriously. It is quite possible that Washington sees the Iranian factor as an incentive not to abandon positions in Syria.

Nevertheless, developments on the ground do not favor maintaining a presence of American or allied forces: the Syrian Kurds are under mounting pressure from Turkey and the Assad regime; Russia and the Assad regime have regained control of Daraa province, despite agreements reached; and, as predicted, the Assad regime and its patrons are exploiting Resolution 2585 to extend their control over all of Syria’s territory.

In Washington, there will be a strong temptation to get rid of the Syrian problem by reaching an agreement with the Russians that would legitimize Assad’s remaining in power.

In light of all this, the Europeans must re-engage proactively with the Syrian issue. There are two lines of action to consider.

First, it is clear that the UN Constitutional Committee process—a UN-facilitated assembly tasked with rewriting Syria’s constitution as part of a political solution to the war—will lead nowhere. Seeking an alternative approach, the Special Envoy for Syria, Geir Pedersen, has adopted the well-known tactic of “more for more” that will obtain gestures from the Assad regime—at least in the humanitarian field—in exchange for various favors from Western countries. This tactic has previously been tried without success at a bilateral level (for instance, between the US and Russia and France and Russia). What’s needed is a coordinated approach between key actors. The Europeans should encourage the US and the Gulf Arab states to develop a shared platform of “gives and takes” to offer to Moscow and, indirectly, Damascus.

A second line of action must involve a proposal by the Europeans to reassess burden-sharing with the US. It is evident that the Biden administration wishes to reduce the US footprint in the region. In Iraq, the drawdown of US military personnel was counterbalanced by a greater engagement of NATO forces in the training of the Iraqi army. On a political level, the White House expressed support for an August regional summit in Baghdad jointly organized by the governments of France and Iraq. However, French President Emmanuel Macron was the only Western head of state who actually attended the meeting.

If we extend this logic to Syria, the Biden administration could be encouraged to retain a military presence in the northeast—and to re-engage politically on the broader issue—if the Europeans increased their contribution to stabilization efforts in the northeast or initiated fresh efforts to facilitate dialogue between the Arabs and Kurds in northeast Syria as well as between the SDF and Turkey.

At this stage in the conflict, the US, Europe, and Gulf Arab states have downgraded their objectives. This poses the question of whether their respective aims remain in alignment. On first analysis, it appears not. The priority of the US is disengagement, whereas Europe wants more than anything else a return of refugees to Syria in suitable conditions and the prospect of a political solution.

The risk, or rather, the situation in which we already find ourselves, is that the Russians and Syrian regime will further their objectives in the absence of a common strategy against Assad. As the Assad regime bypasses sanctions by transforming itself into a narco-state, the situation is slipping away from the American, European, and Gulf actors.

Furthermore, decision-makers must be reminded incessantly of this simple fact: if the Assad regime ultimately prevails, it will resume its habit of destabilizing the region, where terrorism will find fertile terrain for a new surge. There is at least one common factor between Syria and Afghanistan: just as the Taliban has not changed once it took back power, the Assad regime will not change once its power is affirmed.

Ambassador Michel Duclos a nonresident senior fellow at the Atlantic Council’s Rafik Hariri Center for the Middle East and a senior advisor to the Institut Montaigne. Follow him on Twitter: @MrjDuclos.