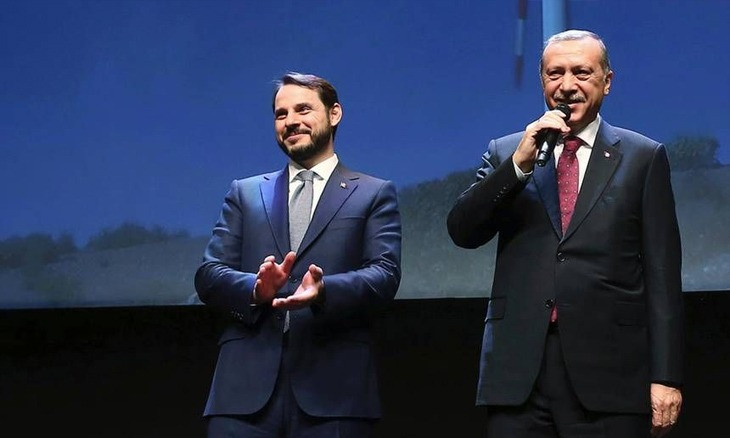 Turkey’s President Erdoğan sacked the Central Bank Deputy Governor Murat Cetinkaya in a midnight presidential decree replacing him with Mustafa Duman, a top Morgan Stanley employee in Turkey.  Duman worked with central bank governor Sahap Kavcioglu at one of the local banks- Esbank- back in the 1990s.

The market reaction was fast and harsh as Turkish Lira slid by 2.2 percent to 8.37 per dollar on Tuesday morning, nearing a record low of 8.58 per dollar reached in early November.

The President had intervened Turkey’s monetary policy yet again on March 19, sacking the former Governor Agbal days after his final 200 basis points rate hike to bring in Kavcioglu to lead the central who is known for his views that highs ,interest rates cause ,inflation as a false theory.

Since then, the lira has lost 13 percent given the severe loss of credibility in future monetary policy actions as Kavcioglu is inclined for premature rate cuts that would make inflation further out of control sending TLK to even lower levels.

Former governor appointed no other than the President himself four months ago to stop the bleeding in TL had raised interest rates to 19 percent from 10.25 percent since his arrival at the start of November, winning the praise of foreign investors.

Turkey’s CPI inflation is at 15.6 percent.

Kavcioglu and Duman were both auditors at Esbank, which failed and was merged into Etibank in 2001, according to their LinkedIN profiles. Their careers at Esbank overlapped by six years, with both holding senior positions at the lender.

The central bank’s seven-member Monetary Policy Committee, which includes Kavcıoğlu and Duman, will meet to decide on interest rates on April 15.

Back on Monday Kavcioglu his said in a Bloomberg interview that he would not necessarily cut the policy rate as an immediate action and the rate decision belonged to the Monetary Policy Council.