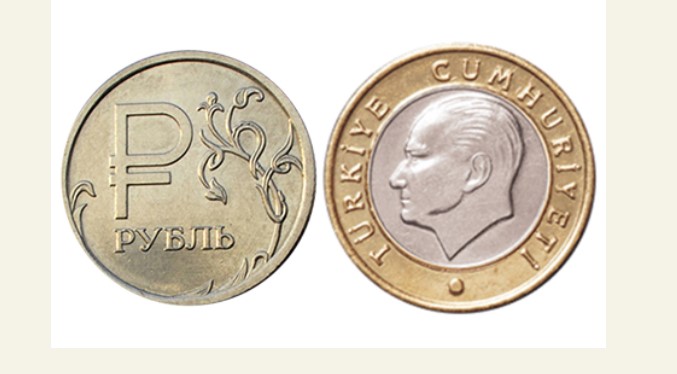 Russian President Vladimir Putin and Turkish President Recep Tayyip Erdogan agreed during a meeting on August 5 to boost cooperation in the transport, agriculture, and construction industries.  Yet, Erdogan reportedly could not get Russian consent for a forth military campaign in Syria.  In a disturbing development, Financial Times claimed Ankara and Russia  are considering  a plan to help the latter  to side-step sanction.

“Despite the current regional and global challenges, the leaders reaffirmed their common will to further develop Russian-Turkish relations,” the Kremlin said in a statement. Putin and Erdogan agreed to ramp up trade and boost economic and energy cooperation, the Kremlin added.

They also stressed the need to ensure the implementation of the Istanbul agreement on the export of grain from Ukraine, including unimpeded exports of Russian grain, TASS reported, citing a joint statement by Putin and Erdogan.

The joint statement also said Putin and Erdogan confirmed their determination to work against terrorist organizations in Syria.

While the Turkish press greeted the announcement as expansion of local currency trade with Russia, which would ease the squeeze on Central Bank FX reserves, it is not clear exactly what portion of NG purchases will be included in the deal or how Turkey would procure rubles, while it runs a huge trade deficit with Russia.

The meeting in the Black Sea resort of Sochi lasted about four hours. It was the second between Putin and Erdogan in less than a month.

In remarks at the start of the meeting, Putin told Erdogan that he was expecting to sign an agreement to boost trade and economic ties.

Ankara’s planned military incursion to attack a Kurdish militia in northern Syria is due to be one of the main topics of discussion as well, according to Turkish state broadcaster TRT.

Al Monitor  reports that Erdogan failed to get Russian consent for another military campaign:

“But there was no word of a green light for Turkey’s planned military intervention against US-backed Kurdish forces in northeast Syria. Putin is believed to have made his opposition to another large-scale intervention clear in a July 19 meeting with Erdogan in Tehran. Russian official say any such move would further destabilize Syria. Iran, the Assad regime’s other main backer, is also against an expansion of Turkey’s already substantial occupation of Syria”.

Ankara considers the U.S.-backed Syrian Kurdish militia the People’s Defense Units (YPG) to be a terrorist group and suspects it is linked to domestic insurgents.

According to the Kremlin, the potential sale of unmanned combat drones from NATO member Turkey to Russia is also on the agenda. Putin has recently suggested that Russia cooperate with Turkey’s Baykar drone producer, local broadcaster CNN Türk had quoted Erdogan as saying last month.  PATurkey could find no reference about this topic. Selling Ruıssia armed drones would deeply upset Ukraine.

The Turko-Ukrainian ties are already fraying, because Financial Times reported that “The Sochi meeting comes as Ukrainian intelligence services recently shared with Nato countries a document they say they intercepted from Moscow that contained proposals for Turkish-Russian co-operation, according to a Ukrainian intelligence official and a western diplomat. The latter said he believed the document was genuine.

The proposals include ways to help Russia evade sanctions with the help of Turkish banks and co-operation in other areas including energy and industry, the people said. The Washington Post was first to report that Moscow was seeking Ankara’s help to circumvent western sanctions. It is unclear whether Turkey, a Nato member, will accept those proposals”.

There is some evidence of Turkish businesses aiding Russia with trade though it is not clear whether this facilitation is in contravention of existing sanctions on Russia.

bnaIntellinews reported based on a DUNYA article that   “Cargoes arriving from around the world are unloaded at Turkish ports and switched to Turkish ships heading for Russia after “embargo screening,” according to the Dunya article. The goods are sent on without being registered as imports to Turkey, it added”.

The shipments to Russia are often made by Turkish container companies, mostly by sea, with global giants such as Maersk, Hapag Lloyd and Hamburg Sud having ceased transporting goods to Russia. Land, air and rail routes are also reportedly used.

“I was in [the southern port of] Mersin last week. Due to the loads coming from all over the world and to be transferred to Russia, the warehouses in Mersin are full to the brim,” Mehmet Serkan Erdem, Turkey general manager of Rif Line, was quoted as saying, adding: “In some instances, these cargoes are sent to Russia with the ships of Turkish ship owners, and in others many Russian trucks are coming to Turkey to transport these goods.”

Erdem claimed many EU companies have been buying goods from countries such as China and Indonesia and sending them on to Russia via Turkey”.

As the war in Ukraine drags on, US and EU are certain to scrutinize Turkish trade with Russia to make sure sanctions are not broken. Turkey has a bad track record of helping countries under sanctions such as Iran and Venezuela.  Concrete evidence of sanctions avoidance could  compel US to impose sanctions on Turkey under the Magnitsky Act, while anticipation of such tensions could have a chilling effect on Turkey’s foreign creditors at a time when a very heavy debt rollover season starts in September.