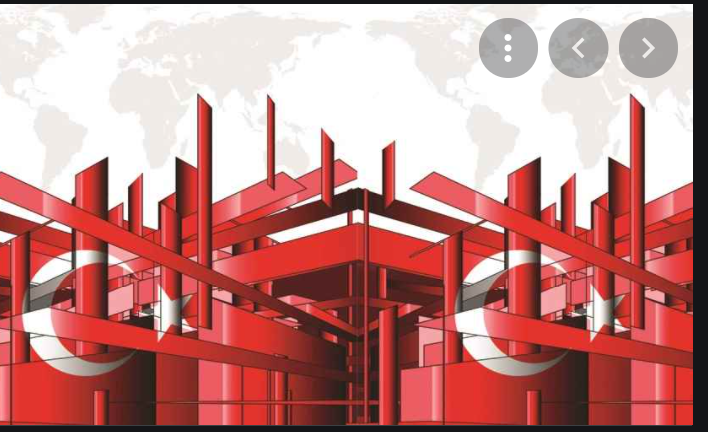 Turkstat and Central Bank of Turkey released a batch of data from the month of July-August, which reveal that the strong growth momentum of the first half of the year is dissipating significantly.  Meanwhile, inflationary pressures, too, are moderating, but remain formidable. Barring a miraculous turn-around in the external backdrop e.g. looser financial conditions and a recovery in EU, Turkish economy could record zero growth in 2H2022 H/H.  Erdogan would need to spend more to resuscitate growth going into the 2023 election campaign.

The greatest surprise of the July batch of data was an increase in the broader measure of unemployment from 22.3% to 22.5%, while headline improved slightly to 10.1% from 10.4%.  I prefer to work with the broad measure of employment, because in the summer low-paying part-time service jobs reflect an overly optimistic picture of the labor market. Hours worked, too, declined, suggesting higher unemployment in winter months, when the services sector will shed jobs as a result of the ebb in tourism and possibly another wave of covid-19 infections reducing social mobility.

Also on the disappointments side was a M/M 6.2% drop in industrial production in July, which reduced annual growth to a  weak 2.7%.  August PMI and real sector confidence indices attest to further weakening in 3Q2022. Industrial production is  largely a function of export demand and energy consumption, the outlook for both is negative for winter months. Export growth  could come to a complete stand-still in winter, as EU gets sucked in a deep recession and global trade decelerates at large. Further widening of current account deficits (CAD) and additional job losses could kick-start a vicious cycle in the economy.

Apropos the current account, July data revealed monthly deficit of $4.1 bn, slightly higher than expected, which carried the annualized gap to $37 bn. I don’t expect lower energy and food commodity prices in winter months, which coupled with the loss of tourism trade translates into a $40-45  bn CAD September 2022-2023. YTD, 3/4ths of the CAD is financed by unidentified flows, a considerable amount of which may be  donations for Erdogan’s election campaign  from ”friendly nations”.  Obviously, such donations are limited in size and Erdogan may have wasted his dry powder too early in a haste to stabilize the exchange rate.

In my view,  a very devastating evidence of the generalized slow-down is a M/M 0.3%  decline in reel retail sales in arguably the strongest month of the year. Annual retail sales growth declined to 2%, which attest to soaring inflation slowly destroying domestic demand.

According to August manufacturing PMI input and output price pressures are decelerating, too, but  there are two counter-arguments. Frist,  while manufacturing prices are sensitive to exchange rates, which has remained flat over the summer months, services prices are very sticky, and still seem to be accelerating based on my reading of the batch of  sector PPI from July and August released by Turkstat. Secondly, Turkstat price data may be biased to the downside, on orders from the administration.

This is not a pretty picture for Erdogan, who needs to keep GDP growth at an above-potential rate of 5% per annum, to have any real chance of winning the next elections, to be held in May or June 2023.  Slow growth immediately translates into employment losses, which are already the second leading concern of  voters according August polls.   His staff convinced the president that CPI will decelerate to 30% or less by March 2023 vs the August print of  81%. So far the most optimistic forecast I can locate suggest an average CPI of 45% for 2023, though my conversations with reliable economists lead me to conclude that anything below 65% in the absence of major relief in global energy prices and unexpected currency strength would not be feasible.

High inflation coupled with job losses could cause undecided voters, currently at about 17% of the total electorate to swing to the opposition camp. Erdogan seems somewhat aware of the deteriorating outlook, ordering faster credit growth through complicated  subsidy and incentive schemes and a historic social housing project involving 500K units to be built in the next five years.   Also, the Treasury has ca $25 bn in cash to deploy to win elections, and can possibly borrow another $10 bn without distorting capital markets.  Hence, it is not a foregone conclusion that he will lose economic growth in winter months, or the 2023 elections. But, odds are stacking up against him, as the six-party opposition alliance displays unexpected unity while increasingly focusing on the weaknesses of  his regime’s economic policies.