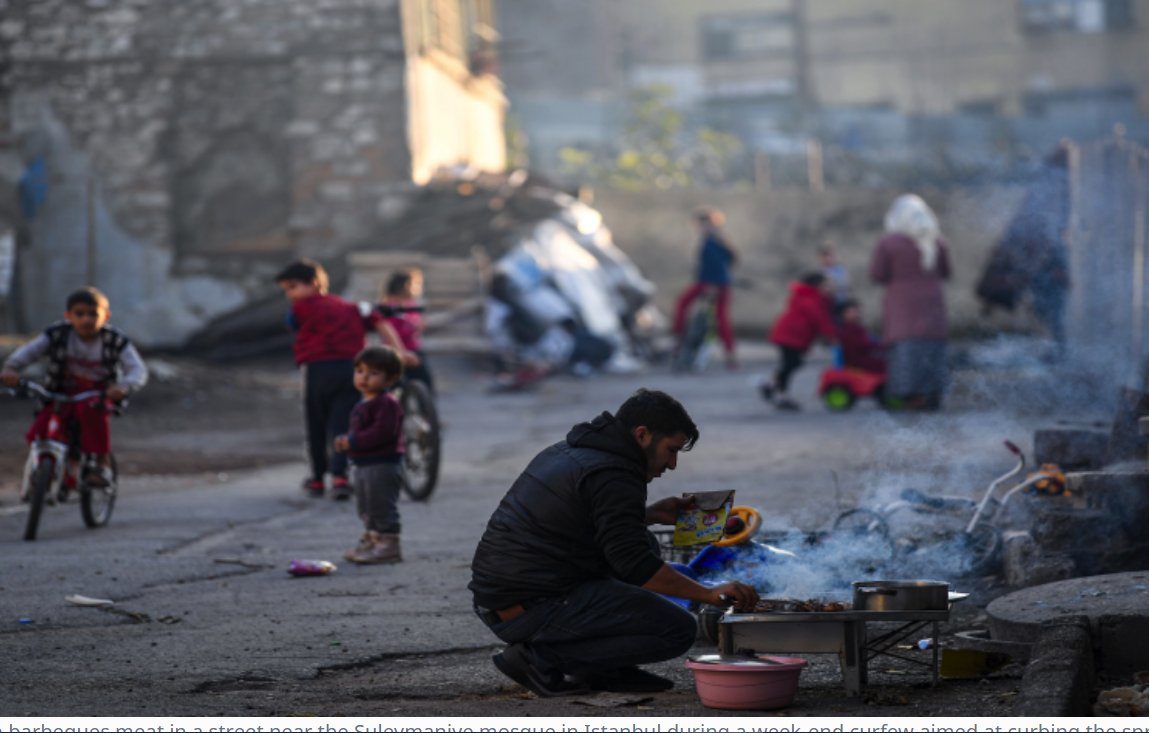 At the end though, AKP’s disconnect from the voter base which had sustained it in power, namely the poor, working calls and farmers is likely to spell its electoral end.

By the end of the month the only food Emer can prepare is plain pasta, writes the Economist. Occasionally she goes to bed hungry. “I can’t even afford anchovies,” the retired nurse says outside a vegetable market in Maltepe, a middle-class neighborhood in Istanbul. She and her two sons have to get by on her monthly pension of 3,000 lira, or about $250. Emer is behind on gas and electricity bills and loan payments. She is not alone. Soaring prices and a plummeting currency are turning the savings and incomes of most Turks to dust.

Turkey’s crisis is beginning to spin out of control. The latest rout began after the president, Recep Tayyip Erdogan, defended recent interest-rate cuts, foresaw new ones and suggested he was pursuing a weaker currency to drive growth. “The competitive force of the exchange rate leads to increase in investment, production and employment,” Mr Erdogan said on November 22nd.

He got what he bargained for the next day, when unnerved investors began dumping the lira. Within hours the currency had fallen by 15%, its worst showing in years, before erasing some of its losses the next day. Small protests erupted in parts of Istanbul and Ankara, spreading to more than 10 provinces by Saturday night. Mr Erdogan says Turkey is waging an “economic war of independence”. It is causing grave collateral damage.

Egged on by Mr Erdogan, who has sacked three of its governors in under three years, the central bank has slashed interest rates by a cumulative four percentage points since September, to 15%, despite an official inflation rate of nearly 20%. (Four out of five Turks are convinced actual inflation is much higher, according to one survey.) The result is that the lira has lost nearly 40% against the dollar since the start of the year. Mr Erdogan’s latest comments poured fuel on the fire.

There is some method to the president’s madness. A weak currency and negative real interest rates may help borrowers who do not have foreign-currency debt, exporters who do not have to rely on foreign suppliers, and the construction sector, says Selva Demiralp of Koc University. But almost everyone else will suffer. Many potential investors will shy away from taking out loans because the economic climate is simply too volatile.

Meanwhile, Turks will be scratching their heads, wondering why, if a weak currency is desirable, their central bank has burned through at least $165bn in precious reserves to prop up the lira for more than two years. “After the exchange rate explodes and everything gets more expensive, the government says it knows what it’s doing and that now we will grow because exports will increase,” says Ali Babacan, a former economy minister now at the head of Deva, an opposition party. “It’s like falling off your horse and saying you were going to dismount anyway.”

An even more alarming prospect is that Mr Erdogan has decided to test his conviction, which turns basic economic thinking on its head, that cutting rates is the way to tackle inflation.   He recently counseled patient to his party caucus, stressing that the experiment will reap fruit in 3 to 4 months.

As the central bank dances to his tune (planning more rate cuts in the coming months), the strategy risks plunging Turks into poverty. Many blue-collar workers, students and pensioners are no longer able to buy meat or basic household necessities. Attempts by the pro-government media to put a positive spin on this sound like cruel jokes. A television pundit recently celebrated the impact of the crisis on the minimum wage, which had sunk from the equivalent of around $380 monthly at the start of the year to $220, as a chance for foreign companies to move production to Turkey. One ruling-party parliamentarian helpfully suggested Turks should eat less.

Another  AKP MP claimed Prophet Mohammad urged his followers “to go to bed with stomachs one-third empty”.  Other pro-AKP media organs are headlining recipes with stale bread and left-overs.  As insane as this may sound, even diet and fasting recommendations now appear in the AKP-controlled press as part of the propaganda to convince people to hold out for a few more months.

For middle-class Turks, holidays abroad and scores of imported goods are out of reach. Many young professionals say they no longer see a future in Turkey. Since the start of last year, some 3,000 doctors are believed to have moved, mostly to Germany. Another 8,000 are planning to join them. Newlyweds Taner and Busra, he a physician and she a paramedic, both in their late 20s, say they can no longer dream of buying an apartment or a new car. “We’re getting poorer each day,” Taner says. They are starting to take German classes.

Turkey has confronted currency collapse before. On a few occasions, most recently late last year, Mr Erdogan eventually gave in and let the central bank raise rates. This time he seems determined to hold out. Ordinary Turks will continue to pay the price. “Interest is the cause and inflation is the result,” Mr Erdogan likes to say. The true cause is the president, and the result is a broken economy.