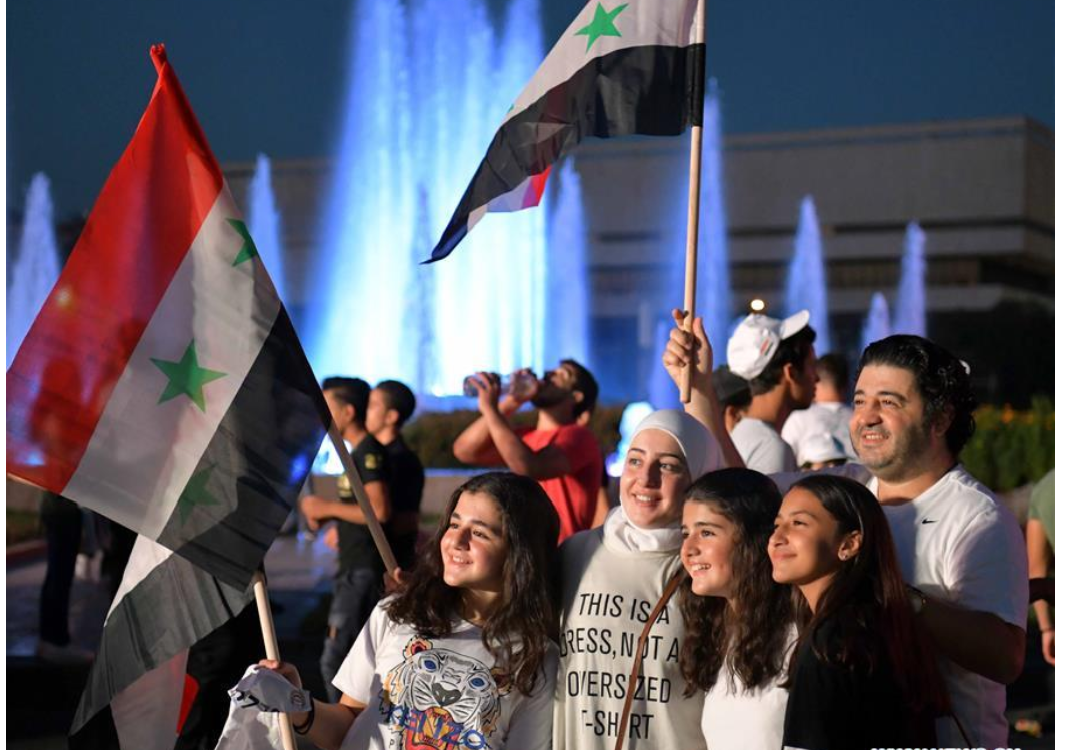 Syria’s government and opposition in the war-torn country have agreed to start drafting constitutional reforms, the U.N. Syria envoy announced Sunday, a major step after a nine-month hiatus of talks and several fruitless rounds.

U.N. special envoy for Syria Geir Pedersen didn’t say what was behind the agreement or offer details of what comes next. The drafting sessions formally begin Monday.  The news of negotiations came in the right time for Turkey, which is pressured by Russia and Assad to quit the territories she holds at the border, while Russian proxies began attacking Turkish military targets.

Russia has already expressed clear unease at last week’s announcement by Erdogan of the possible armed intervention, which was accompanied by criticism of Moscow and the United States for their failure to tackle the threat to Turkey’s security posed by the Kurds, Yakış said in an op-ed for Eurasia Review on Monday.

Erdogan may demonstrate how determined he is to carry out the operation after talks with U.S. President Joe Biden at a meeting of the G20 on Oct. 30-31 in Rome, Yakış said.

“Ankara enjoys Washington’s support in Idlib against Russian cooperation with the Syrian government, but it is at odds with the same U.S. regarding almost unlimited support Washington extends to the Syrian Kurds,” Yakış said.

Tel Rifat is a junction critical to Russian mission, which is unlikely to let Turkey occupy it.  US Congress may pressure Biden to slap additional sanctions on Ankara, if the proposed military campaign were to result in civilian Kurdish casualties.

At home,  Erdogan is under blistering criticism from his own constituency for not effectively dealing with the problems caused by Syrian and now Afghan refugees.  Thus, a peace accord in Syria, which grants the opposition significant say in the governance of the country, and would allow refugees to return home safely solves many problems for Turkey.  But, will the peace negotiations go anywhere?  Experts commenting for TRT World suggest supporting Assad is becoming too expensive for Russia and Iran, which are pleading with him to consider an equitable peace.

According to ABC News, thirty representatives divided between the two sides, along with 15 members of civil society, will be meeting with Pedersen in Geneva until Friday.

“I have been negotiating between the parties to establish a consensus on how we are going to move forward. I am very pleased to say we have reached such consensus,” Pedersen told reporters, appealing to all parties to maintain the spirit.

“My appeal for the 45 (members) is that we work as we have agreed to, and that we now start the drafting process of the constitutional committee,” he said.

The last round of talks ended in January without progress. Pedersen announced late September an agreement on “methodology” for a sixth round. It’s based on three pillars: respect for rules of procedure, the submission of texts of “basic constitutional principles” ahead of the meeting, and regular meetings of the co-chairs with him before and during the meeting.

The 2012 United Nations’ road map to peace in Syria calls for the drafting of a new constitution and ends with U.N.-supervised elections with all Syrians, including members of the diaspora, eligible to participate.

After the fifth round of negotiations failed in late January, Pedersen hinted the Syrian government delegation was to blame for the lack of progress.

The United States and several Western allies accused Assad of deliberately stalling and delaying the drafting of a new constitution until after presidential elections to avoid a U.N.-supervised vote, as called for by the Security Council.

In late May, Assad was re-elected in what the government called a landslide for a fourth seven-year term. The West and his opposition described the election as illegitimate and a sham.

Pedersen said the need for “a genuine intra-Syrian dialogue” was reportedly discussed by Assad and Russian President Vladimir Putin recently in Moscow, “and through this, a genuine process of Syrian political reform.”

The sixth round of talks will real whether Assad intends to compromise on his  absolute control of the country.  The dire economic conditions prevailing in Syria and Lebanon are one motivation to think he will.  Even moderate progress in peace talks could allow Erdogan to delay the proposed military campaign.